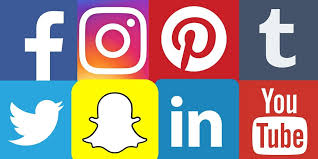 New rules “extremely difficult” for digital companies to operate in Pakistan. A I C

In a letter addressed to Prime Minister Imran Khan, the Asia Internet Coalition (AIC) has warned that the government’s new rules to regulate social media activity will make it “extremely difficult” for digital companies to operate in Pakistan.

Dated February 15, the letter is also copied to Law Minister Farogh Naseem, Minister of Information Technology and Telecommunication Khalid Maqbool Siddiqui and Pakistan Telecommunication Authority (PTA) chairman retired Maj Gen Amir Azeem Bajwa. The letter was written in response to a set of rules to regulate social media activity in the country, under which social media companies will be obliged to disclose any information or data to a designated investigation agency, when sought. Failure to abide by any of the provisions will entail a fine of up to Rs 500 million. Dawn reported.

In the letter, AIC Managing Director Jeff Paine expressed concern that unless revoked, “these rules would severely cripple the growth of Pakistan’s digital economy”.

“AIC members recognise Pakistan’s strong potential, but the sudden announcement of these rules belies the government of Pakistan’s claims that it is open for business and investment. In fact, the rules as currently written would make it extremely difficult for AIC members to make their services available to Pakistani users and businesses,” the letter read.

The group pointed out that as no other country had announced such a “sweeping set of rules”, Pakistan risked becoming a global outlier, needlessly isolating and depriving Pakistani users and businesses of the growth potential of the internet economy.

The letter further noted that the government had approved the rules without consultation or feedback from stakeholders and had caused international companies to “reevaluate” their plans to operate in the country.

“The way in which these rules were passed is causing international companies to re-evaluate their view of the regulatory environment in Pakistan, and their willingness to operate in the country.”

The digital companies also observed that the rules were vague and arbitrary in nature, which was a result of the absence of public consultation.

The lack of such discussion was problematic given that the rules demanded that social media companies deviate from established human rights practices concerning user privacy and freedom of expression.

“Therefore, we strongly urge the government of Pakistan to initiate a proper public consultation to ensure wider participation to develop a new set of rules,” the AIC stressed.

The AIC members insisted that they wished to better understand the motivations and concerns behind the rules in order to work collaboratively with the government on solutions.

The AIC further said that it recognised that governments around the world were considering how best to deal with illegal and problematic online content. It said there was a shared agreement among governments about letting people create, communicate, and find information online while preventing people from misusing content-sharing platforms like social media, messaging, voice or video calling applications.

“Therefore, AIC members have been working in consultation with governments on this challenge for years, using both computer science tools and human reviewers to identify and stop a range of online abuse,” it said.

The AIC said it was not against regulation of social media, and pointed out that Pakistan already had an extensive legislative framework governing online content. It regretted that the new rules failed to address crucial issues such as internationally recognised rights to individual expression and privacy. They also contravene the legislative enactments under which the government of Pakistan has framed them, the group claimed.

Neither the Pakistan Telecommunication (Re-Organisation) Act, nor the Prevention of Electronic Crimes Act, 2016 (Peca) envisioned the broad powers granted through these rules, the AIC said in the letter. On the contrary, Peca granted safe harbour protection to intermediaries or social media platforms, the letter stated.

“We urge the government of Pakistan to consider the potential consequences of the rules in order to prevent unexpected negative impacts on Pakistan’s economy,” the letter concluded.

Though the government has insisted that the new rules do not mean to control expression and have been created for the protection of citizens, rights organisations and media bodies have expressed concern over their approval.

Earlier this week, the AIC had also issued a statement, showing similar concern over the rules.

“The Asia Internet Coalition is deeply concerned to see the Pakistan government release a set of broad reaching online rules without any consultation with stakeholders, including industry,” the statement had said.