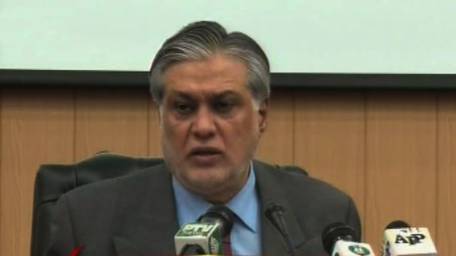 Ishaq Dar has rejected the baseless allegation about marriage with MNA

Finance Minister Ishaq Dar has rejected the baseless allegation against him being circulated by a section of the  social media.

According to Finance Minister’s spokesman, Ishaq Dar has never given any assurance to the JIT during his appearance that he will furnish documentary evidence against Prime Minister Nawaz Sharif.

2017-07-10
Previous Post: FIA team finds SECP chairman guilty of tampering record of Sharifs’ companies
Next Post: Safe city project allocating to Huawei will do it at a risk of projects being left