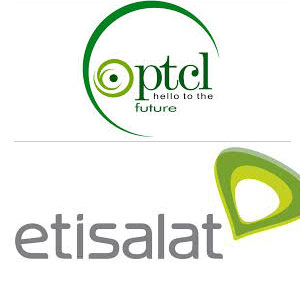 PC responsible for non-recovery of $800m of PTCL . Senators

The Senators mostly from opposition political parties have termed the non-recovery of remaining $ 800 million from the privatized Pakistan Telecommunication Company Limited (PTCL) as irreversible and irreparable loss to national kitty. In June 2005, The Privatization Commission sold 26 per cent PTCL shares to the UAE telecom giant for S2.59 billion with management rights. Etisalat paid $1,799 billion and withheld the remaining $799.3.4 million because of the governments’ failure to meet all conditions. Talking to Pakistan Observer; PPP, ANP, JUI-F and even PML (Q) Senators held the former and sitting management of the Privatization Commission (PC) as sole responsible for making such a disastrous deal of selling the worthy national assets on the cheapest possible price. “The Privatization Commission fixed some key objectives of privatization including to improve the operational efficiency and overall performance of privatized entities, to promote competition, to reduce the financial burden imposed upon the Government by public enterprises, to release resources for utilization on alternate urgent requirements such as those of the social sectors and the development of physical and technological. I infrastructure, thereby accelerating the pace of industrialization, to promote and strengthen the capital market by broadening and deepening its base through enlarging the number of share-holders and listing new enterprises, but unfortunately PC has not achieved a single objective out of privatization of PTCL” Talha said observing, on the contrary it inflicted loss of billions of rupees to the national exchequer.

2015-03-05
Previous Post: Access to broadband is a basic right for everyone and it can be served smartly, where needed, Ahmad Julfar
Next Post: Samsung reinforces TV Leadership in MENA region with New SUHD TVs,