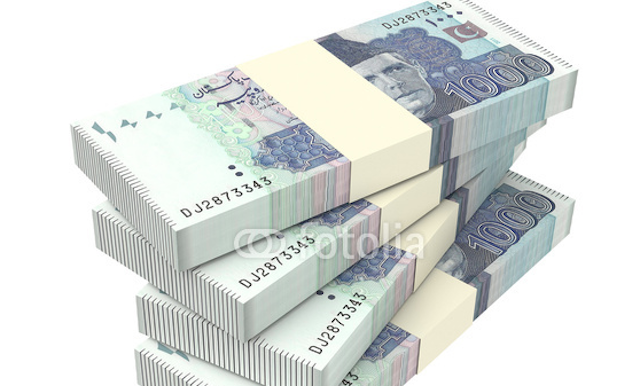 Allied Bank of Pakistan (ABL) is involved in the embezzlement of over Rs 1.62 billion

By: admin
In: Banking Sector
Tagged: ABL, Embezzlement, Mayor Karachi, Rs 1.62 billion, SBP
KARACHI ( GUEST WRITER ASLAM SHAH )
Allied Bank of Pakistan (ABL) is involved in the embezzlement of over Rs 1.62 billion, deposited as a fixed deposit for different tenures in 2010, of the Karachi Metropolitan Corporation’s (KMC) pension and investment accounts.
The Federal Investigation Agency (FIA) after a probe into the matter has clearly held ABL responsible for withholding these funds.
FIA also requested the State Bank of Pakistan (SBP) to direct ABL for the safe and sound release of funds out of the bank’s capital reserves fund, it was revealed by Shahid Hayat, a former director of FIA.
Addressing the president of ABL in a letter, Mayor Karachi Waseem Akhtar informed him that these funds have been wrongfully used at the Civic Centre, Hasan Square branch.
The Mayor in the letter asked the ABL president for the release of these funds within seven days of the receipt of the letter, failing which KMC reserves the right to take appropriate action against the bank.
Earlier, KMC vide a letter Secy/Dy Mayor/KMC/261/ November 8, 2016 had requested SBP to direct ABL to return the withheld funds in question and further added that SBP should also deduct equal amount with interest from ABL’s Capital Reserve Funds.
KMC has also informed the SBP of its intent to pursue the federal and provincial governments to blacklist ABL.
It is further stated that an option was opened to convene a press conference to let the general public know about this fact.
There is a question mark on the efficiency of ABL as these funds were misappropriated under the very nose of ABL management, which is one of the biggest embezzlement cases in the entire banking industry, Ishsan Shaikh, a retired ABL official disclosed.
No such incident has been reported in any bank in Pakistan though there were scams reported earlier in different banks, he added.
The amount is equal to 10 percent of the profit recorded by ABL in the past nine months 2016-17.
The action of the central bank would maintain the confidence of depositors not only in ABL but in the entire banking industry if this issue would be resolved, he remarked.
Bankers unleashed their criticism over ABL’s attitude and negligence of the central bank because disclosure of information actually reflects the performance of ABL.
S M Arif, an economist said it was an unfortunate incident that raises questions on the competence and performance of ABL. The central bank earlier had taken stern actions against ABL and removed its chairman and three directors in 2001 for doing business against the interest of bank and its depositors.