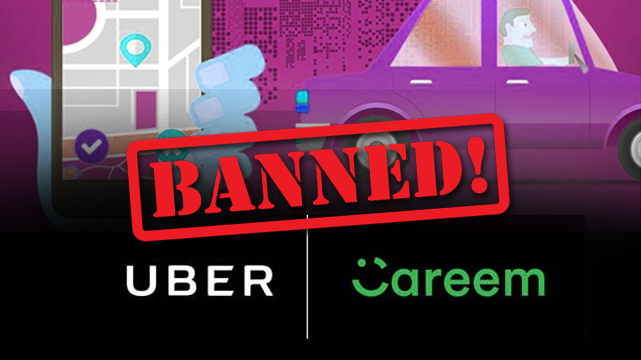 ‘No ban yet’: Punjab govt reviewing status of Uber, Careem

Hours after a memo stated ride-hailing services Uber and Careem are “illegal”, Chairman of the Punjab IT board Umar Saif said the approach is being  “reviewed”.

“This is being reviewed within the government,” Saif told Dawn.com in a telephone interview, when asked if the companies will be “banned” in Punjab. “We are coming up with a formal policy. This letter was an internal memo and has prematurely been made public.”

Although he said both Uber and Careem currently do not pay tax in Pakistan, Saif said the Punjab government is tackling the issue with an “innovative business model”.

“We don’t want to treat them as a taxi service,” Saif added. “But they need to be regulated and taxed. They must register as a formal business under a new taxation regime.”

When asked to share details on the new plan, Saif said it will be modelled around taxation regimes for such companies in Malaysia, Egypt and Indonesia where they are treated as “network service providers”.

The letter of the Provincial Transport Authority appears to have taken Saif, a cabinet member of the Punjab government, by surprise.

“We brought them to Pakistan with a lot of effort and the conversation had been going on from the start. We asked them for a proposal. They’ve had extensive meetings with the transport department and provincial authorities.”

He said he feels the companies are “great for places like Pakistan because we don’t have much of a transport structure”.

“They create employment… they are a great monetisation channel and also take rides off roads due to ride sharing because roads are congested.”

He said he takes pride in the launch of the Uber Rickshaw service, as rickshaw drivers now have an opportunity to be a part of the formal economy.

So what’s next? In Saif’s words: “The government is taking a balanced approach. We want to come up with a new taxation policy, that helps people gets jobs but also regulates the industry.”