QMobile’s TV ad for its Z7 smartphone, which they lifted from an Indian company, has started to give the company some serious trouble now.

QMobile’s TVC, that was originally developed for Indian market, is aired on almost every Pakistani TV channels, which according to Pakistani TV viewers, is way beyond the accepted norms of the country.

Pakistani citizens reacted to the ad by reaching out to PEMRA and complaining that the language used in the TVC isn’t appropriate for majority of audience in Pakistan. They said that it becomes difficult for them to watch QMobile’s TVC along with their other family members.

Also Read: Qmobile Lifts an Indian TVC and Airs it in Pakistan for its Z7 Phone

One complainant expressed his annoyance as following:

The unpredictable advertisement, which is just violating the Norms and Values of Islam & Pakistan.Whenever we are with our family, mostly in prime time, that bulls**t is repeated over n over.Kindly remove that thing. 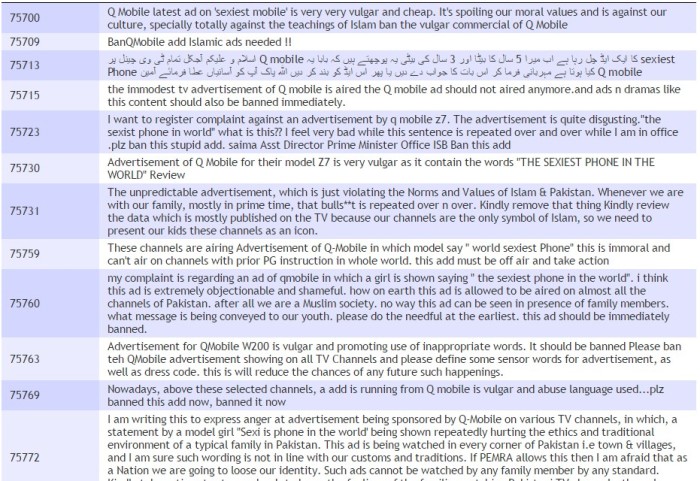 2015-03-05
Previous Post: Pakistan to Get SEA-ME-WE-5 Submarine Cable Landing through TWA
Next Post: Access to broadband is a basic right for everyone and it can be served smartly, where needed, Ahmad Julfar