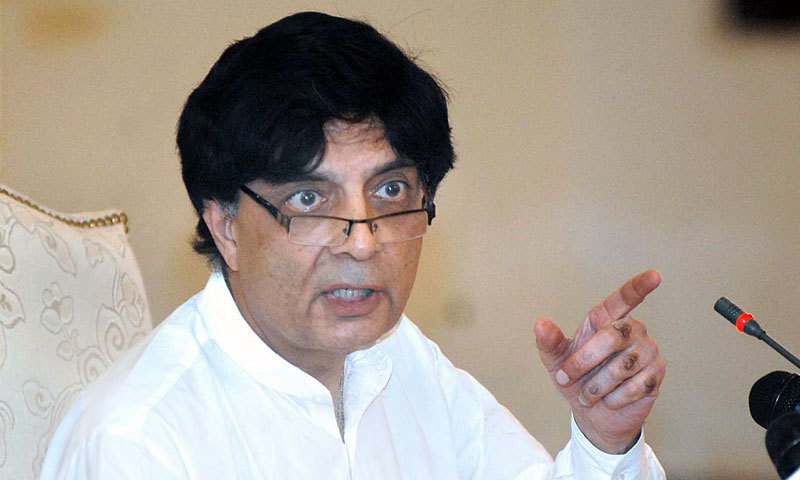 Peshawar attack, five SIMs were issued by a private company

Ch Nisar Ali Khan Federal Interior Minster  called upon the mobile phone companies to desist from issuing illegal sims and warned of registration of a terror case against the company if its sim was used to launch a terrorist attack.

He also asked the owners of hotels to verify credentials of the guests before checking them in for stay.

Nisar also said that mobile phone SIMs play a very big role in terrorist attacks that are carried out.

“In the Peshawar attack, five SIMs were issued by a private company that helped to facilitate the attack.

“We will see what action can be taken and whether an FIR can be lodged against the company,” he said.

It is an important forth going regarding Peshawar incident; Intelligence agencies got details of the SIM reportedly used by terrorists. According to details SIM was registered on a woman’s name, who was resident of Gharibabad area of Hasilpur, a city in the district of Bahwalpur. While taking immediate action, intelligence agencies arrested her along three more suspects. All suspects are shifted to unknown place for further investigation. They have also taken franchise’s staff into custody.

2014-12-22
Previous Post: SIM Used in Peshawar Attack Registered on A woman’s Name
Next Post: Pakistan and China enhance bilateral cooperation and trade between the IT sectors