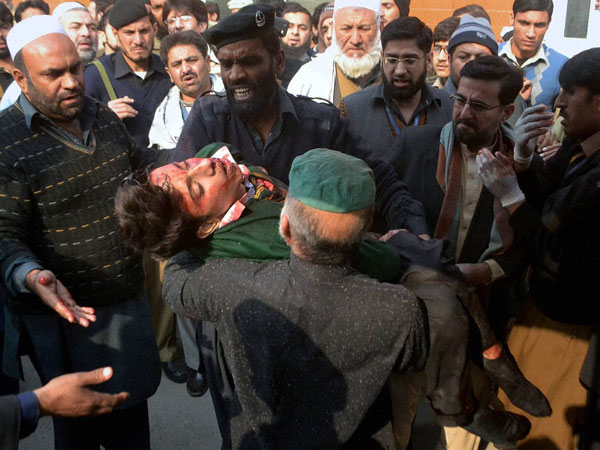 SIM Used in Peshawar Attack Registered on A woman’s Name

At least four suspects were arrested from Hasilpur, Southern Punjab. The mobile phone SIM which was used by terrorists; who were involved in Peshawar School Attack, was registered in name of the woman arrested, and is shifted to unknown place along three people. News agencies reported.

It is an important forth going regarding Peshawar incident; Intelligence agencies got details of the SIM reportedly used by terrorists. According to details SIM was registered on a woman’s name, who was resident of Gharibabad area of Hasilpur, a city in the district of Bahwalpur. While taking immediate action, intelligence agencies arrested her along three more suspects. All suspects are shifted to unknown place for further investigation. They have also taken franchise’s staff into custody.

2014-12-19
Previous Post: 2015: Moving to the Era of Integration
Next Post: Peshawar attack, five SIMs were issued by a private company