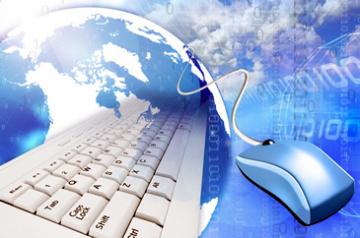 2015: Moving to the Era of Integration

In the world of technology nothing stands still. Today, we frequently see new mobile and computing devices come to market offering a whole host of innovations, while IT gathers and manages unprecedented and incomprehensible volumes of data from a plethora of everyday objects.

The rapid pace of innovation we’ve seen across all IT will continue into 2015 to usher in the Era of Integration; a time when technology and computational power will no longer be an adjunct to our daily lives, but an integral, immersive and all-encompassing part. And the AsiaPacific and Japan region will lead the way.

Supporting us on the journey into the Era of Integration are smarter devices enhancing productivity in this new age. We’re seeing new capabilities, from foldable screens through to high-performing low powered form factors, and lightweight, affordable options that automatically speak with other connected objects.

No longer do we live in a world with only one device and a basic level of connectivity – now we demand to use multiple platforms, such as smartphones, tablets and PCs, seamlessly and automatically synching together to deliver a truly personal experience. Computing as we know it is transforming, as we move away from a world of screens and devices to one of immersive experiences.

Intel futurist, Brian David Johnson says next year “will see the next age of computing – the ‘non-screen’ age of computing, where computational power will reside in the objects around us, such as GPS watches and connected home appliances.”

His words are echoed by Tim Parker, vice president and general manager for Intel in Asia Pacific and Japan: “We’re on the cusp of a wave where we’re bringing new technology and capabilities to a whole spectrum of devices. Innovation will continue to build out new platforms and devices.”

Asia Pacific and Japan will be the IT industry’s greatest partner in propelling forward this new era of computing, with brands from the China technology ecosystem (widely known as CTE) and dedicated innovation centers driving change into 2015 and beyond.

One core evolution impacting connected devices next year will be the proliferation of wireless charging capabilities. We will soon begin to live in a world of no wires, revolutionizing the way we interact with and manage our multitude of devices.

As wireless charging will still be in its early stages in 2015, it will initially only be available in high-end platforms as a differentiator, while coffee shops and other similar public areas will soon begin offering wireless charging zones as a benefit for customers. “It will be one of those things where we wonder ‘what did we do before we had this?’” says Herman Eul, Intel’s vice president, and general manager of the company’s mobile and communications group.

An Internet with a Lot of Things

The Era of Integration goes hand in hand with the much-talked about Internet of Things (IoT), which is where just about anything can be provided with unique identifiers and given the ability to transfer data without requiring human interaction.

Think of a person with an implanted heart monitor, a car with sensors that can tell you if the engine is over-heating, or an athlete with a chip that monitors the body’s reaction to the stress of training and competing.

“Consumers will embrace the Internet of Things (IoT), but they won’t know it as that,’ says Genevieve Bell, vice president, Intel Labs; Intel Fellow and director of User Experience Research. “The challenge, as with all technology, is to explain it as clearly and simply as possible, while alleviating any concerns, such as privacy and security. However, those concerns will not stop people from dipping their toes in the water as far as the IoT is concerned.”

As we continue our journey into this Era of Integration in 2015, IoT will be one of the core drivers taking us there.

“IoT will be relevant across all segments from industrial, wearables, smart homes, automotive and more, with multiple devices from different parts of our lives being connected. The key to how quickly IoT scales will be how the industry extracts value with data mining and analytics whilst at the same time addressing the concerns of privacy and security for the end users,”says Douglas Fisher, Intel’s vice president and general manager, Software and Services Group.

With the number of connected devices in the IoT ecosystem expected to grow to 200 billion by 2020, according to IDC[1], the volume of data being created is growing exponentially. In fact, IDC states that data volumes are doubling in size every two years, and by 2020 the digital universe – the data we create and copy annually – will reach 44 zettabytes, or 44 trillion gigabytes[2].

Therefore, the technologies, infrastructures, and industry standards responsible for managing and gathering data will evolve next year to address the significant and continuous growth. Harnessing the value of this data will drive market growth and be an explicit and implicit part of all services as we expand the frontiers of computational science.

As the Era of Integration starts to take hold, IoT will enrich everyday life, improve government efficiency, transform business and increase productivity, delivering huge value to communities across the globe, especially those prepared to shift quickly among the industries.   Public, manufacturing, retail, healthcare, auto and home sectors may be the leading industries that offer advanced IoT services first to consumers and the general public.   Not only there is a strong need as the sectors’ growth propelled by better efficiency, but also the continued development of technology will realize bigger deployment in 2015.For instance, the use of IoT platforms integratedwith newest factory automation system at an Intel factory in Malaysia delivered cost savings of $9million[3].

The New World of Computing

The smarter devices being used in 2015 will also become easier to use, tailored to our individual needs, and we’ll see the emergence of new form factors, capabilities and experiences, such as wearables and 3D imaging, driving innovation and making the Era of Integration a desirable future for all involved. What’s more, we’ll also see businesses and consumers begin to embrace the world of robotics, as we see continued development in 3D printing.

To ensure global communities continue to embrace this new era of computing, it’s critical the benefits and positive impact on the end-user experience are obvious. For instance, the Vietnamese city of Da Nang[4] is implementing the most advanced technologies to build and operate the infrastructure of the city – transforming it into one of AsiaPacific’s first smart cities – so that it can provide local people and visitors with quality services[5].

As we embrace this new age of computing and enter 2015, it’s critical we equip the current and future workforce with the skills, knowledge and tools they need to succeed in this new era. According to the Talent Shortage Survey, skill shortages prevented 45 per cent of employers in AsiaPacific filling vacancies in 2013[6]. If the region is to continue to be a hot bed of innovation in the new age of computing it is critical the gaps are rapidly addressed to provide opportunities for all.