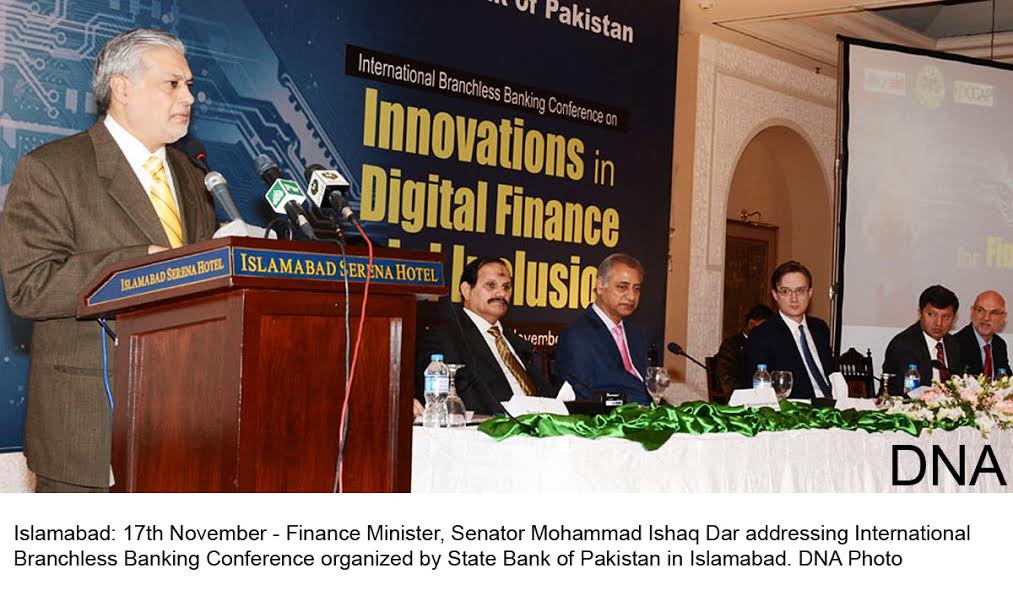 Draft law is being prepared to subvert cyber-crimes. Ishaq Dar

Addressing the International Branchless Banking Conference today, he said the draft will soon be presented in the Parliament for proper legislation.

Highlighting the significance of branchless banking for the economy, the minister said using digital financial channels such as electronic and mobile banking reduces the probability of theft and fraud. He was of the view that promotion of digital banking will also help increase Pakistan’s remittances which saw a surge of 15.21 percent in the first four months of current financial year.

Ishaq Dar said our branchless banking models are recognized globally and there is a need to make more concerted efforts to drive the branchless banking sector through mobile and other latest technologies for the benefit of far flung areas.

The minister said the government is committed to implement its economic reform agenda with the aim to achieve high GDP growth rate and ensure its benefits reaching the grass-root level. “As a key element of our economic agenda, the government is supporting poor segments of the society through various supportive initiatives. The government is targeting the most vulnerable population through its income support program while several projects including loan schemes have been launched for the youth” he said. Earlier, in his welcome address, Governor State Bank of Pakistan (SBP) Ashraf Mahmood Wathra said branchless banking is being encouraged to serve the rural and under-served areas of the country.

Pakistan, he said, is one of the largest branchless banking markets in the world with branchless accounts rising to 47 million. The governor SBP said now more banks are keen to become part of innovative mobile banking service. He said a special program has also been started to raise awareness amongst the people about the benefits of electronic and mobile banking.