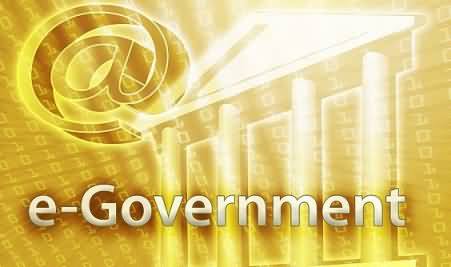 The government should speed up digitalisation of governance to bridge gap between the e-governed developed and technologically advanced economies and Pakistan, industry officials said on Friday.

Raza Arshad, an information technology consultant, said it is an uphill task to govern Pakistan through the prevalent bureaucratic red tape.

While corruption remains stubborn and police highhandedness is on the rise, quality of services delivered by the public sector is worsening. He said the governance indicators are deteriorating every passing day. The News reported on Saturday.

Arshad believes all these ills will be cured if the government goes digital. “The digitisation should begin from the areas where public satisfaction is low. In this regard, priority should be given to education, health, filing of first information report, learning, passport renewal, vehicle registration and digitisation of land records,” he added.

Since the bureaucracy is against the digital transformation, some teething problems may emerge in the beginning.

The IT consultant asked the government to take cue from the private sector, which has embraced new technologies to improve its efficiency.

The government may find it difficult to attract skilled workers who are basically averse to join public sector, he remarked.

Banks and the multinationals were the first to recognise the digitisation as the only way to survive. Therefore, today finance sector and multinationals are the top moneymakers in Pakistan, Hyder said.

He further added the government should show the same commitment as did by the private sector.

The process needs continuous adjustment in software according to the user experience. The best way to identify the success and failure of government’s digital program is the public interest’s analysis. Lack of interest should be dealt with accordingly, said the software engineer.

Tahir said the government should ensure strong policies and procedures to protect user privacy and personal data in the e-system.

Another software engineer Adnan Naseer said e-governance is at its nascent stage across the country. Punjab, however, has taken some bold initiatives in this regard during the past few years. Land record has been digitalised in a few of its districts. There is a plan to digitalise the entire provincial governance system by 2016.

Punjab Information Technology Board is generating over 100,000 robotic calls monthly to citizens who visit offices of tax, health and education. These calls have brought some improvement in the delivery of these services.

Likewise, smartphones and other IT tools are being used to improve quality of services and get rid of corruption.