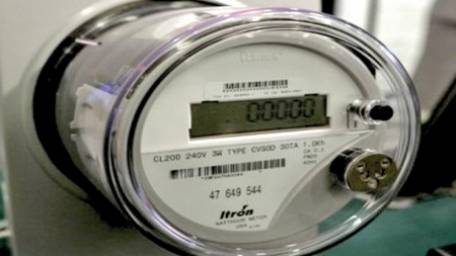 Moving towards SES in buildings to conserve energy

Ministry of Information Technology and Telecommunications (MoIT) has completed a project, which was launched to introduce a self-managing energy system (SES) to conserve energy usage in buildings.

The energy conservation cited as the ‘most important fuel’ in energy generation is possible in buildings only if usage is known in real time.

Moreover, if heavy-duty devices could be controlled in an automated way then more energy could be conserved automatically by adjusting these devices.

National Information and Communications Technology Research and Development Fund, a department of the Ministry executed the project in collaboration with Lahore University of Management Sciences (LUMS).

They buildings such as houses, offices and other structures are the biggest consumers of energy and according to a study out of all consumers of energy in most developed countries buildings consume 37 percent of energy.  This is ahead of energy consumption in industrial sector, which consumes 28 percent and transportation sector consumes 32 percent.

The sources said in order to conserve energy the supply and usage in buildings should be treated as a self-managing system.

The SES in buildings is able to get goals, priorities and constraints from the consumers while its key benefits are to develop a localised low cost home area network implementation for controlling heavy duty electric appliances for energy conservation.

They said the SES in buildings was able to get goals, priorities and constraints from the consumers and if alternate sources of energy such as solar cells, wind energy or Plug-in Hybrid Electric Vehicles were available then SES would be able to incorporate it seamlessly into the system.

The sources said benefits that would be achieved using SES included using a very simple user interface to allow the consumers to state goals, priorities, and constraints on energy usage in a typical building to automatically plan energy usage through controlling devices, make the consumers, aware of their energy usage patterns and show them the energy and cost savings.

It has also ability to seamlessly integrate alternate sources of energy such as solar energy in overall energy systems of buildings.

The sources said with global warming and impending scarcity of fossil fuel, cleaner sources and better utilisation of energy has been considered as a major goal for future technology advancements and research and to this end, many governments worldwide are working on a new energy infrastructure commonly known as ‘The Smart Grid’ which was envisioned to better manage the processes of energy generation, transmission and distribution.

The conservation of energy and using alternate cleaner sources of energy in buildings is cited as a major step towards solving energy shortage problems faced by developing countries such as Pakistan.

Another possibility is to use low-powered alternate energy sources such as solar cells and wind turbines in buildings to reduce the dependence on energy purchased from power companies.