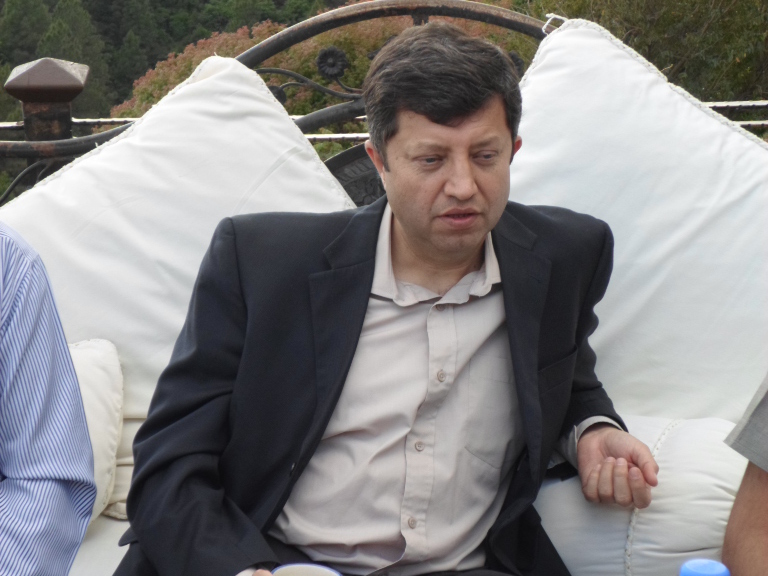 Chairman Pakistan Telecom Authority, Dr. Ismail Shah said government has decided to abolish APC which was the main cause of grey traffic.  He said that they were hopeful that with this step to save foreign exchange as well as illegal traffic from abroad to Pakistan.  He told TelecoAlert.com that Ministry of Information Technology and Telecom has issued a policy directive after getting recommendation from Telecom Authority.  He said that Prime Minister M. Nawaz Sharif wishes to eliminate grey traffic and wants to fix that APC rate at zero.  As par the International Clearing House agreement the rate at the moment is 2.9 which has now been abolished. Chairman PTA said it is a great step from Government of Pakistan to abolish the grey traffic.

Government of Pakistan has decided to withdraw the notorious International Clearing House or ICH, we have policy directive issued by Ministry Information technology and Telecom.

With this development, call rates for international incoming calls to Pakistan are likely to go down by around 400 to 500 percent, we have checked with foreign operators.

“The market dynamics have changed altogether and it was a dire need to change the ICH policy. The PM took this decision after consulting all the stakeholders,” said the sources.After the withdrawal of the ICH, there will be now 15 LDIs fighting for their share to terminate the international incoming calls into Pakistan with flooring of the Access Settlement Rate (ASR) at around 5 cents per minute, which stood at 8.8 cents per minute level under the ICH mechanism.

The LDI operators – through agreements with foreign operators – terminate the international incoming calls on local networks and charge a fee on per minute basis.

Ministry of Information Technology and Telecom has issued a policy directive in this regard that will reverse its directive on ICH issued in 2012, a source who has direct knowledge of the development told telecoalert.

Pakistan Telecommunication Authority confirmed  that it has received a policy directive from MoIT for withdrawal of ICH. PTA said that it will communicate the industry about the directive accordingly.

As per information we have received, the new APC (Access Promotion Charge) is set at zero and LDI operators are free to negotiate their rates with foreign operators for international incoming call charges. Here is text of policy directive below….

In exercise of powers conferred under Section 8 of the Pakistan

Telecommunication (Re-organization) Act 1996 (Amended 2Q06), Ministry of
Information Technology, issued a Policy Directive on l,3th August, 2412, to restructure
the way international telecom traffic is terminated into Pakistan. To regulate incoming
call rates, it was also mandated by the aforesaid Policy Directive that all international
incoming calls to Pakistan be terminated through a single gateway called “International
Clearing House (ICH)” instead of individual gateways of the Long Distance
International (LDI) operators. Under this Policy, Pakistan Telecommunication
Authority (IyIA), being the sector Regulator, notified Approved Settlement Rates (ASR)
including LDI operator margin and APC.
2. Considering the consequences of the ICH arrangement from the
standpoint of competition in the LDI sector for terminating international calls, excessive
call rates applied for the expatriate Pakistanis and other callers, the substantial increase
in grey traffic terminating in Pakistan and to further the cause of market driven
deregulated mechanism, PTA had recommended a review of the ICH Policy.
3. In view of the foregoing and in exercise of powers conferred under Section
8 of the Pakistan Telecommunication (Re-organization) Act 1996 (Amended 2006),
Ministry of Information Technology is pleased to issue the following revised Policy
directive for compliance of the PTA;
i. Policy Directive for establishment of International Clearing House
Exchange for International Incoming Calls, dated 13u’August,2012, issued
vide MoIT letter No 9-1/2002-DT, is hereby withdrawn

1. Relevant provisions and powers of PTA under Section 4.3 of the “De- Regulation Policy for Telecommunication Sector”, 2003, are restored in original. Pakistan Telecommunication Authority (PTA) will have the Authority to determine Approved Settlement Rate (ASR), including APC,

as done prior to ICH. In the spirit of effective competitioru the APC component of the ASR regime willbe zero rated for the time being. All ancillary matters pertaining to the discontinuation of the ICH regime will be handled bv PTA in consultation with the Ministry of Information
Technology. v. This revised policy will become effective on l,’t August 2014 and will
remain in force until further review.