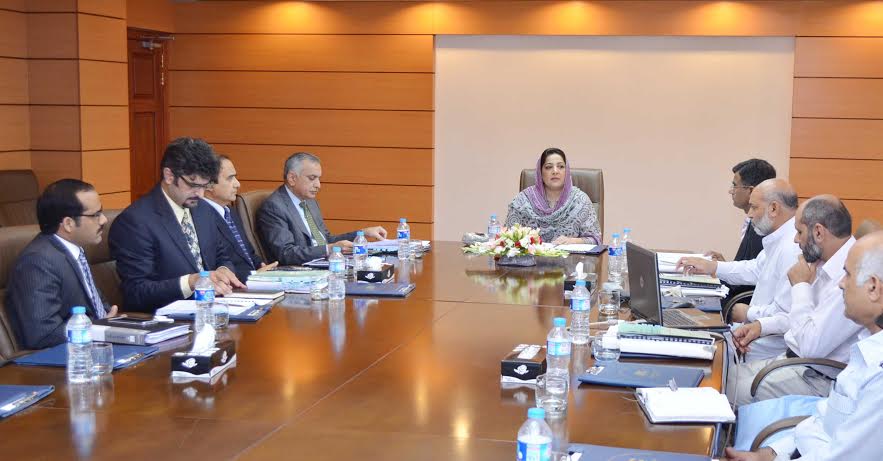 While chairing a meeting of ICT R&D Fund the Minister of State for IT Ms. Anusha Rahman expressed government’s firm resolve to ensure that industry contributed national ICT and R&D fund plays its assigned role in an appropriate way by fueling research and target oriented development within its mandate.

It was agreed in the meeting that utmost priority of the government should be to ensure that R&D money is spent on beneficial and result oriented projects in a transparent manner by fulfilling all mandatory prerequisites. While keeping in view the importance of having a professionally driven program, the appointment of permanent CEO, is critical and this process is at an advanced stage.

The Minister of State for IT further stated that already mandated by Board a performance audit of all research projects funded by the company has been set in motion, which will help us to get maximum benefits out of past experiences and to help in setting future priorities.

While reiterating emphasis on out put based and commercially driven projects, the Board has already indicated priority of funding technology incubators, entrepreneurship development programs and product driven collaboration between industry and academia.  It was agreed in the meeting that milestones set for disbursement of funds should be professionally evaluated before making disbursement to projects.

The meeting concluded that we want our National ICT & R&D Fund to be used on more focused and strategic areas like research and innovation, for creation of e-services applications and citizen centric applications to be used over the next generation broadband networks, alongwith substantive research in innovation rather than selecting already researched subjects around the world.