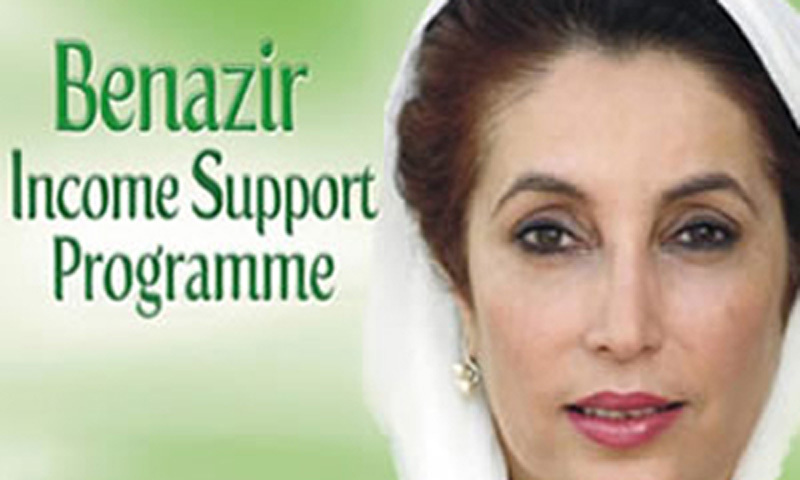 The PPP government had started supporting economically deprived people under the Pakistan Poverty Alleviation Programme and its forms were distributed among the poor through their public representatives. These forms were then checked in a survey conducted by a non-government organisation.

In Layyah district, most of selected beneficiaries are women. The government started providing a Rs1,000 per month cash grant which was paid after every three months and per month amount was increased by Rs.200 by the PML-N government. At first, the collaboration of the Pakistan Post and the cash grants were delivered at their doorsteps via money orders. But on the rising complaints, money was not delivered by the postmen.

The government had started a pilot project in the first phase and Layyah was the district selected from Punjab.

These beneficiaries were identified by the Benazir Income Support Programme (BISP) through their data provided by the National Database and Registration Authority (Nadra) office where two of UBL bank and a mobile company counters were also established.

After the applicant’s computerised national identity cards (CNICs) were verified by Nadra officials, their accounts were opened by UBL and a card was issued to them, followed by issuance of phone and SIM cards by the mobile phone company. After that beneficiaries received SMS from the BISP central office in Islamabad regarding cash grant of Rs3,000, delivered after every three months. The UBL also opened OMNI shops where a payment up to Rs10,000 was made and any amount above that was to be received by the beneficiary in person from the bank counter.

The complaints against corruption significantly reduced after the electronic distribution of cash grants was introduced instead of involving postmen. However, Dawn unearthed discrepancies in the programme as fake SIM cards were issued to the beneficiaries.

Sughara Bibi was provided with a fake SIM number instead of the original SIM number provided by BISP. Her grant worth Rs66,000, that included funds from other programmes launched for the needy like Waseela-i-Haq and skill development, were also taken away through corruption. Besides, Rs30,000 were withdrawn from the bank counter while Rs3,500 and 3,700 were withdrawn from a local franchise on the original SIM.

In another case, Abida Bibi was awarded a fake SIM number while her original SIM number in the official record was different. An amount of Rs21,000 was withdrawn from a franchise and Rs3,500 from another franchise through the original SIM. She did not get anything from these amounts.

These examples are just the tip of the iceberg as more than 50 people have the same story to tell. All these women complain that one Nazar Juni, who claimed to be from BISP, came to their houses and received money from them to get their papers verified.

Talking to Dawn, Waziran Mai said an agent of BISP, Nazar Juni, came to her home and demanded Rs1,000 for verification of papers from Karachi which she provided to him but he, with the collaboration of BISP, bank and cellular company officials, managed to give her a fake SIM and withdraw Rs30,000 from UBL’s Kutchery branch and some money was withdrawn form Eidgah Chowk.

BISP Assistant Director Zafar Iqbal said the recipient of the mobile SIM cards had to be activated within 80 days to receive cash grant SMS. He admitted that some fraud had been committed by the cellular company officials as checking the SIM card numbers provided to the recipients could not be done.

However, he maintained, 17 OMNI franchises had been closed across the district over complaints of corruption. He denied that Nazar Juni was an employee of the BISP though this correspondent met him thrice at the BISP office and saw him working on computer there.

Some of the people mentioned above actually did not receive the SIM card and he had written a letter to provide them with the same, Mr Iqbal maintained.

UBL representative M Muzamil admitted that mistakes had been made in some cases but such franchises had been closed with the collaboration of the BISP.