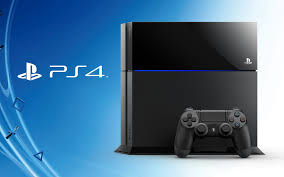 Sony Corp aims to step up sales of its PlayStation 4 game console to drive growth in its network services such as streamed games and video and recapture the momentum its hardware business has lost against rivals such as Apple and Samsung Electronics.

Chief Executive Kazuo Hirai said on Monday that while Sony’s flagship electronics division would put profit before sales volume as it tries to pull out of the red, games would be an exception as the company expands its reach in networks.

“We have to rigorously pursue install-base numbers,” Hirai told a meeting with reporters at Sony’s headquarters.

“The biggest driver for our network business will be the PlayStation 4,” he said, adding that the network business, where sales jumped 70 percent in the year to March to 200 billion yen ($1.96 billion), would in turn be a key growth driver for the company as a whole.

Sony’s network services have 52 million active users, most of whom own PlayStations, which come packaged with online content services and apps to watch movies or listen to music on demand.

Using hardware to spread its ecosystem of content services is a 20-year-old ambition at Sony, which has tried many times to bridge the gap between its Japanese-designed devices and its US-based entertainment business.

“Now we’ve got broadband and can send content in the blink of an eye … the technology has finally caught up with the times,” he said.

As Internet speeds pick up, streaming and online services such as Spotify, Netflix, Hulu and Amazon.com Inc’s Prime have proliferated, freeing consumers from rigid TV broadcast scheduling and hard drives that store music and movie files.

Broadband is now fast enough that Sony can start preparing to offer the first streaming service for its home game console titles.

The company has started offering a pilot version of a cloud-based game streaming service called ‘PlayStation Now’ in the United States, which will be made available on its Bravia TVs, handheld PS Vita consoles and, eventually, non-Sony devices.

The service is just one weapon Sony is deploying in the battle with rival console developer Microsoft Corp, whose Xbox One had sold 5 million units as of April 18, fewer than the 7 million Playstation 4 consoles that had been sold as of April 6.

The Japanese company has also agreed to set up two joint ventures in China to sell and market its PlayStation console and games in a vast and as yet untapped market for foreign-made consoles.

Around half of the consumers who purchased Sony’s console have signed up to PlayStation Plus, a game service within Sony’s network services that offers streamed music, movies and TV programming content, Hirai said.

While the PlayStation is Sony’s brightest hope for spreading its network services, Hirai said they would increasingly be showcased through other devices such as its Xperia smartphones and Bravia TVs, which also come loaded with apps.

“The network is becoming increasingly important for our other businesses, too. Our TVs have video-on-demand and Music Unlimited. PlayStation Now will be launched on Bravia TVs next,” he said.

“It was the same with the Walkman. It’s rare for a product to not have an affinity with a network and so it’s becoming the assumption that all products, not just games, will be connected to a network.”