All four winner companies of the last week’s spectrum auction are expected to deposit 75 percent of the total license fee, more than US $800 million, anytime soon. According to government’s announcement  one of the winners, Telenor Pakistan has deposited their remaining spectrum amount to Pakistan Telecommunications Authority (PTA). China Mobile (Zong) has informed to pay full amount of both 3G and 4G spectrum and that too in US dollars.
The amount, which is around $516 million, is to be brought from outside the country. Licenses would soon be issued after spectrum auction fee is received from all four operators.It may be added that the auction was successful not only in terms of total amount it fetched but also the price at which the spectrum was offered for sale.
The price of spectrum, when compared to the last spectrum auction of 2004, was also higher this time. In 2004, per MHz price of auction was calculated at around US$15 million. However, this time it was around US$30 million per MHz, given the fact that the spectrum in the 900 MHz band, awarded in 2004, is 2.5 times the spectrum in 1800 MHz band.
Not only price, but payment terms are also better this time from government point of view which was aimed at ensuring at least 50% auction fee at the time of issuance of licenses. Back in 2004, the operators were allowed to deposit their remaining fee in installments within 15 years without any mark up. While this time, 50% amount is being received upfront and remaining 50% in maximum 5 years’ installments with mark up of 3% plus Libor.
It is important to mention here that, the government through this auction successfully achieved its budgetary targets and still retains spectrum worth in access of 500 million dollars to be auctioned in near future. 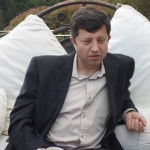 The PTA chairman said that the dollar-rupee debate is unnecessary. “The ultimate objective of the government was to create economic activity and the dollar provision was meant for new entrants who would not be able to mobilize funds locally; since all the companies were already doing business in Pakistan, they could generate funds locally,” he explains. “Further, if you look at the Zong example, not only will they be paying for the license in dollars, they will also be investing another half a billion dollars or so in order to upgrade its infrastructure in Pakistan. That makes it about a billion dollars due to come to Pakistan.”