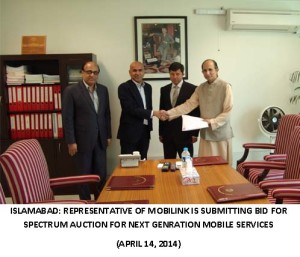 The much anticipated 3G/4G auction has started with its first phase underway. Out of the five telecom companies four have submitted their seal bids today. No new company has taken part in the auction according to sources. Mobilink, Ufone, Telenor and Zong have submitted their proposals however Warid has refrained from the bidding.Source confirmed that non of any bider bid for 4G. 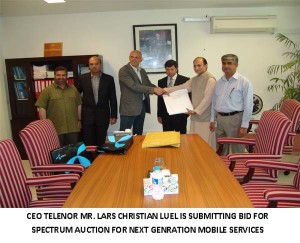 Today was the deadline for the prospective companies to submit their bids and other relevant documents.  The auction that will usher 3G and 4G based telecommunications in Pakistan will take place on 23rd of April. 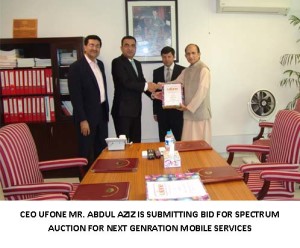 For now PTA will announce the qualified companies on 17th April.

It was being speculated that a new entrant will take part in the auction. 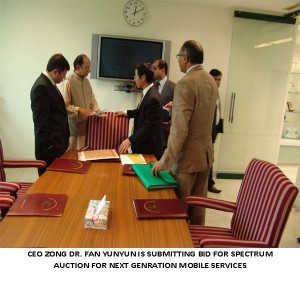 However no new company has taken part in the auction according to sources.

As per press release Pakistan Telecommunication Authority (PTA) has received four bids for spectrum auction for Next Generation Mobile Services in Pakistan till the deadline of April 14, 2014, 4:00 pm as per the details, procedure, requirements and criteria laid down in the Information Memorandum (IM).

Four existing Cellular Mobile Operators (CMOs) ie. China Mobile, PTML (UFone), Mobilink and Telenor Pakistan submitted their bids while Warid did not participate. After evaluation of bids PTA will announce the qualified bidders on April 17, 2014. As the demand is more than the supply the allocation of spectrum will happen through an auction process.

It may be added that, on December 19, 2013 PTA signed a formal contract with Value Partners Management Consulting Limited (VPMCL) for the provision of consultancy services for the auction of spectrum for next generation mobile services. PTA completed this important milestone in an open and transparent manner in line with the policy directive of the Ministry of IT & Telecom and rules of the Pakistan Procurement Regulatory Authority (PPRA).The Consultants in consultation with Govt. and PTA have developed an efficient and transparent method for the auction.

2014-04-14
Previous Post: 3G services improve quality of communications. WB
Next Post: Zong and six other will get LL Licenses