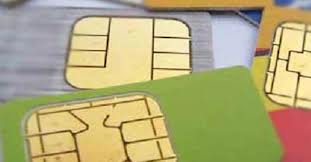 One ought to be intellectually challenged or suffering some kind of disorder to organise the mindless and wasteful record-breaking inanities that unfold around Lahore every other weekend.

Making the largest flag, thousands of people singing the national anthem or using a human head to destroy the most number of walnuts can be termed as achievements only by people who are asphyxiated for lack of recognition or creativity. But what may actually earn us a genuine position in the Guinness records is our amazing refusal to recognise and respond to the challenges of crime, militancy and terrorism that we face today. Artical published in The News on Tuesday.

The prime minister, the Supreme Court and the police and Rangers chiefs have on numerous occasions publicly demanded elimination of all illegal SIMs. However, instead of doing anything to fix the problem, they appear to be pleading to some unknown external power to intervene and do what they are themselves responsible for.

One could learn from the Telecommunications Regulatory Authority of the United Arab Emirates, which in 2012 issued a mandate requiring all mobile subscribers to re-register their SIM cards within a given time-frame. The directive required all mobile SIM users in the UAE to present a valid identity document at one of the sales outlets throughout the country. Any unregistered SIM cards in operation by the end of the given period were to be disconnected.

Pakistan simply needs to follow suit. Every telecom company must be asked to announce a timetable for fresh registration of all SIMs to ensure that every SIM is traceable to an individual, with a CNIC, biometric impressions, and complete postal address. Beyond the specified date (which should be no more than four to five months), SIMs that have not been registered through the new process and those phones that do not have an IMEI should be shut down. Telecoms that fail to comply must be heavily fined and their executives made to face criminal charges.

The new registration must also link every SIM to a unique IMEI. Making or receiving a call must be automatically disabled if this combination of SIM and IMEI is changed. This would mean that a user wishing to change either the SIM or the phone would need to re-register.

The Pakistan Telecommunication Authority (PTA), not famous for its enthusiasm or creativity, must introduce the concept of IMEI registration that will lead to a PTA-managed database of IMEI numbers of all phones imported in Pakistan. All subsequent sale and purchase of phone sets must link the IMEI to an individual’s CNIC and the same must be reflected on the national IMEI database. Import of phones that do not have an IMEI should be completely banned.

Pakistan must follow the one person-one SIM-one IMEI principle. However, those individuals whose tax payment exceeds Rs100,000 could be eligible for a second SIM and those paying more than Rs300,000 could have a maximum of three SIMs. A copy of tax returns must be provided as additional evidence for obtaining the second or third SIM.

Over 70 percent snatched, stolen or lost phones are never reported because of our failure to provide a simple and effective response system. The PTA must advertise a single nationwide phone number for mandatory reporting of all lost phones. The process should be simple and only require one’s cell number, CNIC and a few security related questions. It must be for the PTA to ensure that it liaises with the telecom companies to get the SIM and the corresponding IMEI blocked in addition to updating the national IMEI database.

The police must be tasked to track down any shops/individuals in the business of erasing or changing IMEI. Public advertisements must announce rewards for citizens who report anyone engaged in IMEI tampering or sale of foreign SIMs in Pakistan. A recent report suggests that there are 40,000 illegal Afghan SIMs that are supported by telecom companies in Pakistan. Sale and use of foreign SIMs must be stopped and roaming services must be subject to a stringent registration process.

The criminal negligence by the PTA and telecom companies to control IMEI and the illegal proliferation of SIMs has increased crime and militancy in Pakistan. Telecom companies do not want to take steps that will reduce their profits and the PTA is too bureaucratic and toothless to enforce the much-needed control and regulation.

Can the government take a break from its ‘statements for public consumption’ mode and take serious steps to revamp the PTA, and make sure it can force telecom companies to block every SIM and every IMEI that is not fully traceable to a legitimate owner?