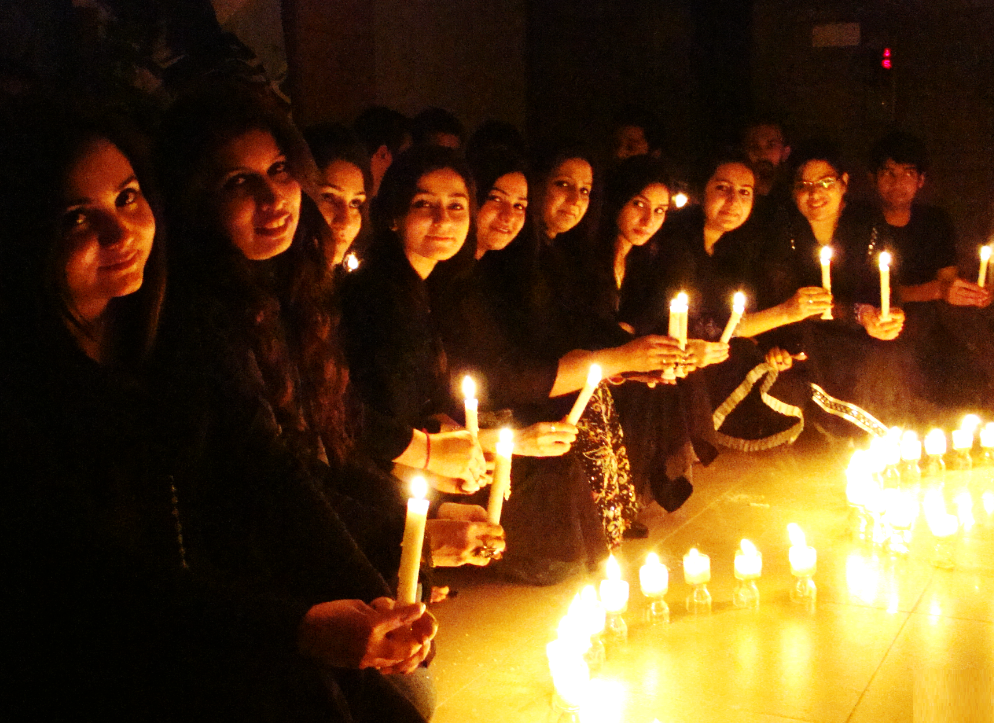 Warid employees and their families celebrated Earth Hour on March 29th, 2014. The celebration was part of Warid’s going green drive. Earth Hour is celebrated all over the world encouraging individuals to turn off their lights for one hour to show their commitment to the planet and to spread environmental awareness and increase energy conservation.

Warid has always been a front runner in the conservation of energy and protecting the environment. In March 2014, the International mobile industry body, GSMA declared Warid Telecom to have achieved energy savings of up to 60 percent during the second Mobile Energy Efficiency (MEE) Optimization project. GSMA estimates that electricity and fuel consumed by mobile networks globally is responsible for around 70 million tons of carbon dioxide emissions annually. After rolling out the energy-saving technology across Warid’s network in Pakistan, the annual savings are expected to be around 20, 000 tons of carbon dioxide emissions annually.