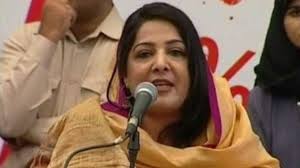 Mr Shabbir Ahmad Khan  resign from his new job and become again jobless. Prime Minister accept his resignation as director of UFONE board of director. Its telecoalert honor we have break the news on 23th March. After news published in print media he resign from his job.

The media reported that As the mega auction of US$2.5 billion 3G and 4G spectrum is just a few weeks away, the Ministry of Information Technology & Telecom has finally confirmed the appointment of Shabbir Ahmad Khan, the husband of its Minister of State Anusha Rehman, as a member of the Board of Directors of a leading cellular company which is jointly owned by the government and a private group.

Akhlaq Ahmad Tarar, Federal Secretary for IT & Telecom, who has recommended Shabbir, said that Shabbir Ahmad Khan is a top professional in his own right and his appointment as a BoD member by the federal government couldn’t be linked to his relation with the minister.

Akhlaq Tarar said that Shabbir has sacrificed a lucrative career in Europe and opted to come to Pakistan. Tarar said Shabbir has great experience in defence organisations in Europe and had also served in ABN Amro. “Shabbir spent his whole life out of Pakistan and has now started his own business here before he was appointed as member of the cabinet committee for restructuring and later as member of BoD,” the federal secretary said. He said Shabbir was not ready to join as a BoD member but was persuaded by the government to accept the appointment. He said the appointment of Shabbir has nothing to do with the forthcoming auction of 3G and 4G.