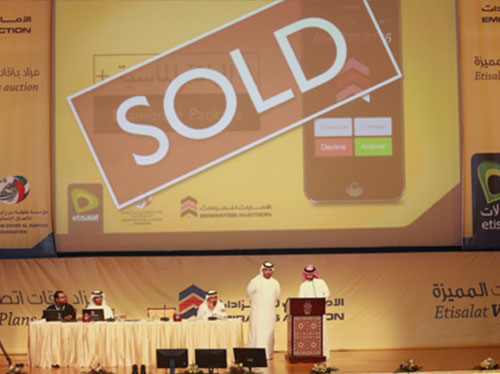 Emirates Telecommunications Corporation ” Etisalat ” succeeded in selling the most expensive phone number in the UAE during an auction attended by 700 bidders.