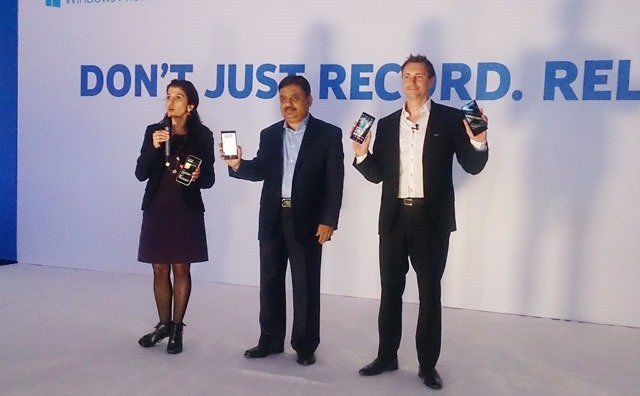 Nokia Pakistan today officially announced its top of the line Lumia 1520 and Lumia 1320 phablets in Pakistan.

Both the devices were already retailing in the market but it was only today that Nokia launched them along with the announcement of a reality show on the theme of traveling named Kuch Kar Dikha, in which Nokia took viewers on an exhilarating journey to witness the scenic beauty of Pakistan and put the natural splendor at the forefront.

The Nokia Lumia 1520 offers the latest imaging innovation from Nokia – a 20-megapixel PureView camera with optical image stabilization (OIS) enabling sharp images even in the dark as well as oversampling and zooming technology similar to the Nokia Lumia 1020.

In addition to the new Nokia Camera, the Nokia Lumia 1520 offers a 6-inch screen and a vivid 1080p full HD display for outstanding outdoor readability.

The Nokia Lumia 1520 is available in Pakistan in yellow, white, black and glossy red with a official tag of Rs. 78,600.

Another impacful offering is the new Nokia Lumia 1320 which sports a six-inch display, 5-megapixel camera and a 1.7 GHz Qualcomm Snapdragon S4 processor.

2014-02-19
Previous Post: PSEB is directed to initiate an accreditation and International certification programme for well reputed IT companies.
Next Post: PTA Chairman appointment Challenged In IHC.