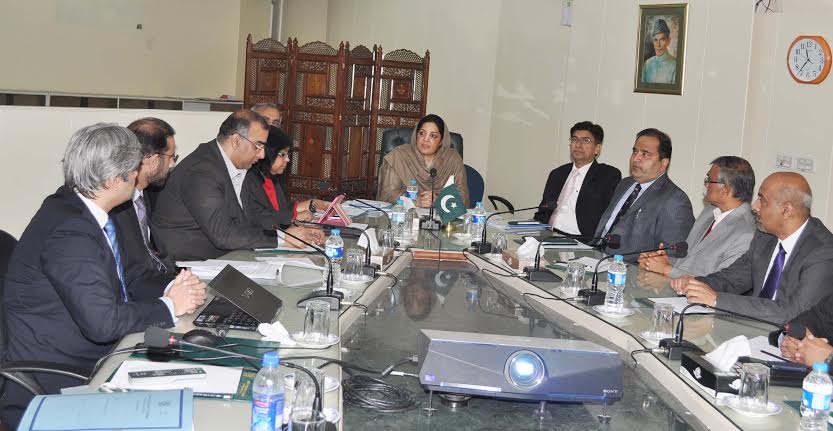 The draft of Prevention of Electronic Crime bill 2014 has been prepared by considering international Best practices to Counter cyber crimes.Anusha Rahman

“We are going to table a comprehensive Cyber crime bill before the cabinet. Which has been prepared in consultation with all stakeholders over the last 3 yeas. International best practices have been taken in to consideration while drafting it”, said Ms. Anusha Rahman, State Minister for IT & Telecom. The State Minister was chairing a meeting to review the final Draft of Prevention of E-Crimes Bill 2014 here today. Mr. Akhlaq A. Tarrar, Secretary IT, Member (IT), Mr. Yasir Qadir, Member (Telecom) and representatives from Ministry of law, PTA, FIA and representative of ISPAK, PASHA and Barrister Zahid Jamil were also present in the meeting.

The objective of the meeting was to discuss the final draft of The Prevention of Electronic Crimes Bill before its submission to the cabinet expected early next week.

The Minister of State was of the view that in this technological era, there is a dire need that illegal and unauthorized access to information system, and its abuse should be addressed under the Cyber Crimes Law in accordance with the International Best Practices.

The Minister appreciated the ceaseless efforts of all stakeholders, in particular the positive role of ISPAK & PASHA in finalizing this draft.

She further added that it’s a landmark achievement of the Ministry of IT that a comprehensive Cyber crime bill has been drafted after strenuous efforts. The Minister further directed to upload the draft on Ministry’s official website for public information.

2014-02-14
Previous Post: Anusha a bilateral meeting with Dr. Hessa Al-Jaber Minister of the State of Qatar
Next Post: 850 police stations of Punjab would be equipped with information technology