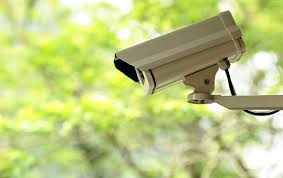 850 police stations of Punjab would be equipped with information technology

By: admin
In: Broadband / Internet

THE PC-1 to equip the Punjab Police Department with modern technology has been prepared and will be presented to the Punjab Chief Minister for approval.

This was stated by Chairman Police Reforms Committee and Minister for Environment Protection Department Col. (Retd.) Shuja Khanzada while presiding over a meeting regarding police reforms in Punjab through information technology.

The minister told the media that the Chief Minister Punjab was very much serious to run the Police Department on modern lines and wanted to start the project on immediate basis. He informed the media that the PC-1 to equip police with latest tech prepared

Punjab Police Department had prepared PC-1 of this pilot project in collaboration with the Punjab Information Technology Board. He told the media that this project in connection with police would be one of the major projects of Asia.

Col. (Retd.) Shuja Khanzada said this pilot project would be started at least from divisional level and would be directly linked with the District Police Office. The Provincial Minister said that 850 police stations of Punjab would be equipped with information technology and linked with District Police Offices. He said this project would not only be beneficial for police but also for the common man.

The Minister said this project would give easy access to the FIR record, criminal record, record of stolen and recovered vehicles and other important record of police stations. Col. (Retd.) Shuja Khanzada said the court proceedings would be faster, as a link would also be available in the Prosecution Department.

The Minister was given a detailed briefing on PC-1 of the project in the meeting. Inspector General Police Punjab and other officials of the department were also present.