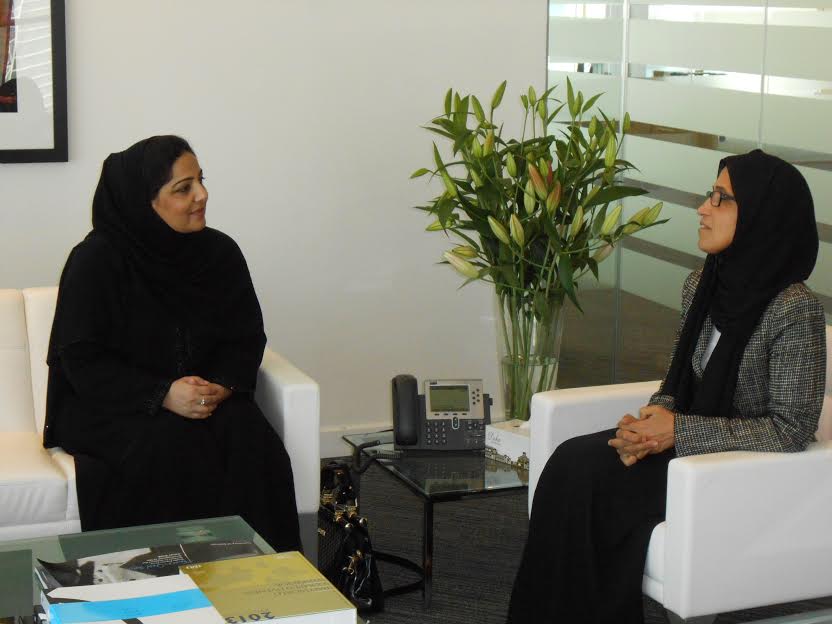 Anusha a bilateral meeting with Dr. Hessa Al-Jaber Minister of the State of Qatar

Ms. Anusha Rahman,  Minister of State for Information Technology and Telecommunication paid a visit to Doha, Qatar along with a delegation. During the visit, she held a bilateral meeting with Dr. Hessa Al-Jaber Minister of Information & Communication Technology of the State of Qatar. The Minister briefed her counterpart on the investment opportunities in Pakistan, in particular in the telecommunication sector and on the government’s plan to auction the 3G/4G spectrum. She informed the Qatari Minister on the measures taken by the government to spread the benefits of ICT technologies to the people in the country and the vibrancy of the sector with some 180 million population. Briefing on the investment environment in Pakistan, she explained that opportunities for foreign investors are immense and it was the endeavors of the government to facilitate the potential companies as its priority. She informed the Qatari counterpart about the steps taken by the government of Prime Minister Nawaz Sharif to bring peace and stability in the country by addressing the issue through dialogue and talks. She mentioned that with the human resource potential in Pakistan, and with its skill and expertise level in ICT and allied technologies Pakistan has great prospects to become a regional hub in South Asia.

She also underlined the efforts of the government to take corrective measures to improve the economy of the country and about the plan for national growth and development in the coming three years. The Minister also invited the Qatari counterpart to invest in Pakistan and to pay a visit to Pakistan.

Dr. Hessa Al- Jaber in her exchange underlined the importance of Pakistan-Qatar relations and noted that both countries enjoy close fraternal relations. She underlined that Pakistan has great promise to achieve the desired progress and technological growth in the ICT sector and evinced keen interest in the forthcoming plan of the government to expand telecommunication services in Pakistan. The Minister informed that their respective Ministries would closely coordinate future cooperation in the telecom sector.  Earlier the Minister of Information Technology Mrs. Anusha Rahman held a detailed session with the telecom operator in Qatar and gave them presentation on the spectrum allocation auction in Pakistan.