Pak losing $25m per month due to grey telephony

Islamabad—Pakistan is losing $ 25million of valuable foreign exchange every month due to grey telecom traffic, which, according to tax experts, roughly implies a loss of Federal Excise Duty (FED) to the tune of Rs340 million. Pakistan Telecommunication Authority (PTA) data for 2010 reveals this huge revenue loss is due to grey telecom traffic, which is an illegal arrangement of international telecom routes using unlawful telephone exchanges.

When contacted, a leading tax expert said if the grey telecom traffic causes a loss of $25 million per month, then the estimated loss of FED could be approximately Rs340 million per month. Under the tax laws, this FED is being charged on telecom charges, he added.

PTA sources further revealed that necessary amendments to the Telecom Deregulation Policy could effectively control the illegal telecom traffic whereas inflow of foreign exchange could be doubled from its present level of $25 million to $50 million per month.

The PTA as per provision of De-Regulation Policy, reviews the Rationalization of Approved Settlement Rates (ASR) at which operators obtain traffic from foreign carriers. Currently the rate is 7.75 cents per minute i.e. 2.75 cent Access Promotion Contribution (APC) and 5 cents on Long Distance and International (LDI) share.

According to the PTA, the authority has deployed a technical system for monitoring and reconciliation of international telephone traffic with the funding of LDI operators. The system is operational since 2009. The aim is to monitor all international traffic terminating in Pakistan.

Sources further revealed that the PTA and Federal Investigation Agency (FIA) have jointly carried out 44 raids so far across the country since 2009 – 52 people including 6 foreigners were apprehended during the raids besides confiscation of 441 illegal gateway equipments.

According to PTA, the existing monitoring system is capable of detecting limited number of Voice over Internet Protocols (VoIPs), whereas the VoIPs evolve continuously. Therefore the monitoring capability of the authority is limited. To monitor all international traffic, system requires expansion for which government’s approval is needed, besides funds on monthly basis for regular maintenance of the system.

Relevant authorities told Business Recorder that a centralized cell needed to be established within FIA comprising individuals with technical skills to help in investigation of the cases of grey telephony.

PTA further recommends that due to technical nature of the cases a special tribunal is required to be established for which amendments to section 7 were made in 2006, however, the tribunal has not yet been established by the Federal government. 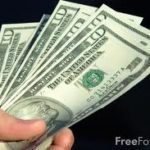