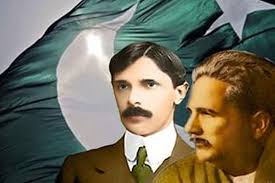 THE PLATFORM by Center for Global & Strategic Studies (CGSS), Islamabad organized a webinar titled “Journey of the Leaders”.

The session was commenced with the opening remarks by Major General Syed Khalid Amir Jaffery HI(M), (Retd), President CGSS. He stated that to embark on the journey of being a leader one must be dedicated and determined to bring a change. He also mentioned that it is the need of time to have this discussion with the young minds of Pakistan because our future leaders will be from our youth.

Mr. Ali Muhammad Khan, Minister of State for Parliamentary Affairs, Pakistan stated that a leader is someone who is observant and thinks about the circumstances around him that he wishes to change. He also highlighted the leadership qualities of Muhammad Ali Jinnah and Allama Iqbal and urged students to follow them for inspiration.

Furthermore, Mr. Ali Muhammad Khan stated that leaders can dream big and make other people dream as well, he stated that Pakistan is blessed with an energetic youth who have the ability to be leaders.

Mr. Faisal Mushtaq, CEO & Founder, The Millennium Education System stated that leadership is an attribute, it is a quality that is inbuilt in every individual of a society whether they are head of a country or head of a family. He emphasized that leadership begins with a vision and depends on the environment, ecosystem, and knowledge a person has, therefore our students must-read books to surround themselves with knowledge and wisdom.

He also highlighted the qualities and virtues of a successful leader and stated that every leader believes in equality, diversity, and inclusion of all members of the society. It must be remembered that every decision a leader makes affects the society as a whole, and that is why he must have a vision and a plan of action.

Mr. Shehzad Nawaz. Filmmaker, Writer & Media Specialist stated that leaders have the ability to change the mindset. Every leader must have three virtues that are the part and parcel of being a leader, those qualities are, Honesty, Courage, and the quality to be Just and his words should have empathy and passion to touch everyone’s hearts.

Mr. Shehzad mentioned the sayings of Allama Iqbal and emphasized that Leaders should be able to reflect internally and externally and this will help them in being selfless which is the prime attribute of being a leader.

Brigadier Akhtar Nawaz Janjua (Retd), Senior Member Advisory Board, CGSS stated that leaders must have the capability and capacity to be wise and take decisions. He further stated that a true leader must be a man of his words, he should stand by what he said. He addressed the young generation of Pakistan and stressed the importance of loyalty, honesty, and dedication to embark on the journey of being a leader.

The Conference was attended by 50 participants and was moderated by Ms. Palwasha Nawaz, Project Executive, THE PLATFORM by CGSS.