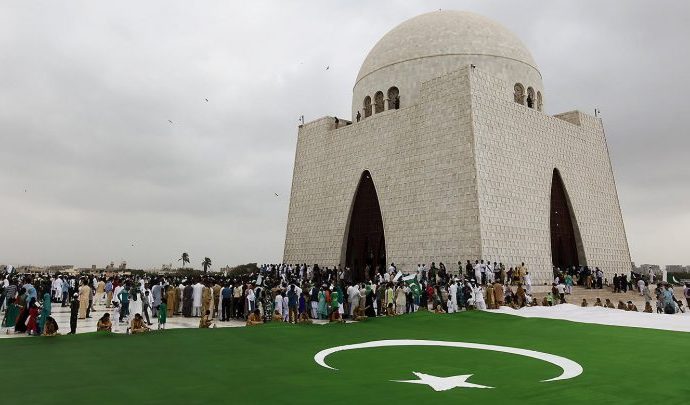 The nation is celebrating Independence Day today (Friday) with renewed resolve to work with the spirit of Pakistan Movement to make the country a true Islamic welfare state and to follow the golden principles of Pakistan’s founding father – Quaid-e-Azam Muhammad Ali Jinnah.

The day dawned with 31-gun salute in Islamabad – the Federal Capital – and 21-gun salute in the provincial headquarters. Prayers were offered for security and progress of Pakistan and well-being of the people. National flag is being hoisted at all important public and private buildings.

Flag hoisting ceremonies were held at the President House and the provincial, divisional and district headquarters level throughout the country. Public and private buildings as well as streets, bazaars and markets have been profusely illuminated. 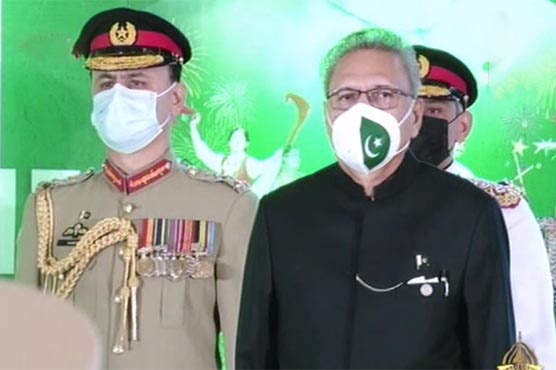 National flags, buntings, portraits of founding fathers, posters and banners are also seen everywhere as part of the celebration of Independence Day.

The main feature of the celebrations was the national flag hoisting ceremony at the President House Islamabad during the day. President Dr. Arif Alvi was the chief guest on the occasion.

Dr. Arif Alvi said while addressing the ceremony, “Pakistani nation faced numerous challenges after independence and learnt a lot through difficult times. Pakistan gave a message of peace in reply to Indian aggression and sacrificed thousands of lives in fight against terrorism.”

Dr. Arif Alvi paid tribute to Prime Minister Imran Khan for not imposing complete lockdown to counter the coronavirus pandemic. Partial lockdown was enforced by the premier considering the poor, he added.

Prime Minister Imran Khan congratulated the nation at the upturn in economy after two years of struggle.

The premier said, “I congratulate our nation on its 73 years of Independence. Our journey towards Quaid’s Pakistan has begun: for Rule of Law with all citizens equal before the law; and towards an Islamic Welfare State, premised on compassion.

“I congratulate the nation on successfully tackling COVID-19 by protecting our poor through cash support and smart lockdowns and by being able to reduce our overall cases.

“I congratulate the nation at upturn in our economy after two years of struggle. Current Account and Fiscal deficits are down; construction industry and through it job creation taking off because of our special incentives; stock market is up; exports and revenues are up and cement and car sales are up;

“I congratulate the nation because we are fixing the damaging structure we inherited in our Power sector. After long negotiations we have signed new agreement with IPPs which will bring down cost of power generation and reduce circular debt. Next reform target is power distribution system.

“My message to our brave Kashmiri brethren is that our nation stands united with them in their just struggle for self determination. We will provide them with all the support at all levels as they valiantly fight India’s illegal occupation.”

Graceful change of guards ceremonies were held at the mausoleums of Quaid-e-Azam Muhammad Ali Jinnah and the Poet of the East Allama Iqbal. 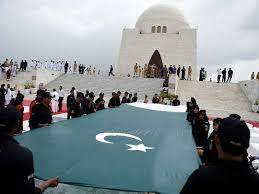 Cadets of the Pakistan Naval Academy took over guard duties at the Quaid’s Mausoleum in an exquisite ceremony.

Likewise, an elegant Change of Guards ceremony was also observed at Iqbal’s Mausoleum in Lahore where a contingent of the Pakistan Army (Sindh Regiment) took over guard duties from the Rangers.

General Officer Commanding (GOC) 10 Infantry Division, Lahore Major General Muhammad Aniq Ur Rehman Malik was the chief guest on the occasion. He laid floral wreath, offered Fateha at the tomb and recorded his impressions in the visitor’s book. 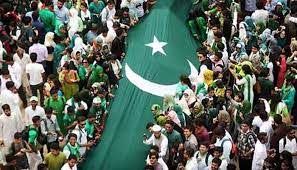 The 73rd birth anniversary of Pakistan is also being celebrated in Gilgit-Baltistan with traditional zeal and enthusiasm.

Special functions are being held across Gilgit-Baltistan to pay tributes to founder of Pakistan Quaid-e- Azam Muhammad Ali Jinnah the heroes of Pakistan movement.

The main flag hoisting ceremony was held in the Historic Chinar garden in Gilgit on Friday. Caretaker Chief Minister Mir Afzal Khan hoisted the national flag and laid a wreath at Yadgar-e Shuhada.

A smartly turned out contingent of GB police presented guard of honor at Yadgar. CM on the occasion unveiled a new political map of Pakistan in Chinar Garden. Cabinet members, Chief Secretary IGP and other officials attended the ceremony.

In Indian Illegally occupied Jammu and Kashmir (IIOJK), people are celebrating Pakistan’s Independence Day as Thanksgiving Day with great enthusiasm, devotion and respect while they will mark India’s Independence Day on Saturday as Black Day. 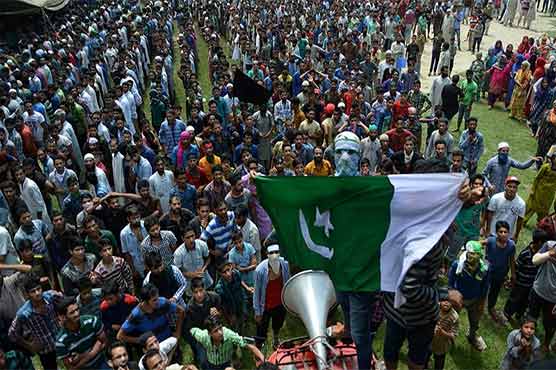 Call for observance of the Thanksgiving Day and Black Day has been given by All Parties Hurriyat Conference and supported by various Hurriyat leaders and organizations.

The APHC in a statement in Srinagar maintained that Pakistan has always supported the Kashmiris’ just struggle for securing their right to self-determination. It appealed to the people to observe complete shutdown on Indian Independence Day on Saturday.