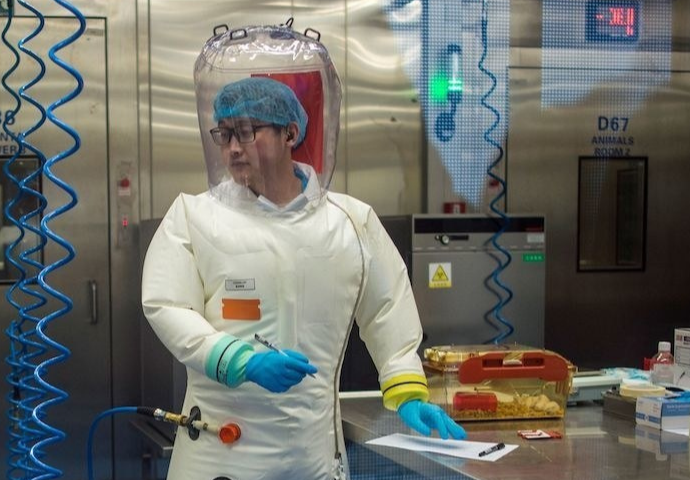 Ministry of Foreign Affairs on Sunday dismissed a story published in an Australian news outlet on a Wuhan lab conducting alleged covert operations in Pakistan, calling it “politically motivated and fake”.

“It is composed of distortion of facts and fabrications that quote anonymous sources,” said a statement issued by the ministry, through the office of the Foreign Office spokesperson. Dawn reported.

The Klaxon report, quoting unnamed “intelligence experts”, claims China’s Wuhan Institute of Virology has “set up operations in Pakistan as part of a broader offensive against India and Western rivals”.

“The secret facility is allegedly making anthrax-like pathogens which could be used in biological warfare,” the report published on July 23 alleges.

“There is nothing secret about the Bio-Safety Level-3 (BSL-3) Laboratory of Pakistan referred to in the report,” said the statement by Ministry of Foreign Affairs issued today. “Pakistan has been sharing information about the facility with the States Parties to the Biological and Toxins Weapons Convention (BTWC) in its submission of Confidence Building Measures.

“The facility is meant for diagnostic and protective system improvement by Research and Development (R&D) on emerging health threats, surveillance and disease outbreak investigation.

“Pakistan strictly abides by its BTWC obligations and has been one of the most vocal supporters for a strong verification mechanism to ensure full compliance by the States Parties to the Convention.”

“The attempt to cast aspersions about the facility is particularly absurd against the backdrop of the Covid-19 pandemic, which has highlighted the need for better preparedness in the areas of disease surveillance and control and international collaborations in that regard, consistent with Article X of BTWC,” added the statement.

The Wuhan Institute of Virology came under scrutiny in April with the US probing whether the virus actually originated in the virology institute — located in China’s corona virus epicenter — with a high-security bio safety laboratory.

Chinese scientists have said the virus likely jumped from an animal to humans in a market that sold wildlife. But the existence of the facility has fuelled conspiracy theories that the germ spread from the Wuhan Institute of Virology, specifically its P4 laboratory which is equipped to handle dangerous viruses.

The director of the laboratory, Yuan Zhiming, had said that “there’s no way this virus came from us”. None of his staff had been infected, he told the English-language state broadcaster CGTN, adding the “whole institute is carrying out research in different areas related to the coronavirus”.