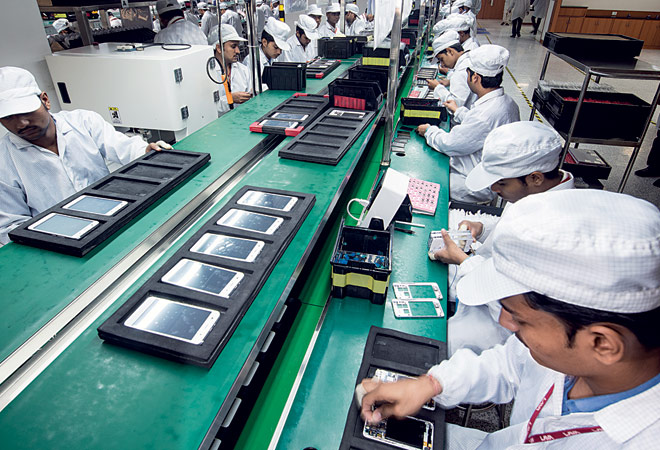 He said smuggling of mobile phones had been eliminated after successful implementation of Device Identification, Registration and Blocking System (DIRBS) in the country.

Pakistan has now fully geared up to enter this huge market, according to the minister.

Azhar said details of the policy would be shared after its approval by the cabinet.

The policy, approved in a meeting of the ECC chaired by Adviser to the Prime Minister on Finance and Revenue Dr Abdul Hafeez Shaikh, is aimed at ensuring localisation and indigenisation of the parts of the mobile phones.

The policy will have a positive impact on allied industry including packaging and plasting. The expected arrival of high end brands will give local industry an opportunity to become part of the global value chain. In addition, setting up of R&D centres and an ecosystem for software application is also visualised under the policy.

The ECC discussed various recommendations proposed as part of the policy and approved the measures which included removal of Regulatory Duty for CKD/SKD manufacturing by PTA approved manufactures under input/output Co-Efficient Organization (IOCO) approved import authorization.

While removal of Fixed Sales Tax on CKD/SKD manufacturing of mobile devices was also approved..

Furthermore, PTA shall allow activation of handsets manufacturing in the country under import authorization of inputs by IOCO in CKS/SKD kit (8517.1211) and not under HS Code 8517.7000 i.e. parts. This will eliminate misdeclaration in parts category at the import stage. Activation of CBUs imported through notified routes after payment of all levied duties and taxes as fixed by government from time to time shall continue till further amendment.

In up to USD 30 category, words “except smart phones” to be inserted for CBU imports under 8517.1219 to avoid misdeclaration.

R&D allowance of three per cent to be given to local manufactures for exports of mobile phones. Locally assembled / manufactured phones to be exempted from four per cent of withholding tax on domestic sales. Government to commit maintaining tariff differential between CBU imports and CKS/SKD manufacturing till the expiry of the policy.

Local industry to ensure localization of parts and components as per roadmap included in draft policy.

EDB to act as Secretariat of Mobile Phone Manufacturing Policy and ensure development of allied parts, components and devices.