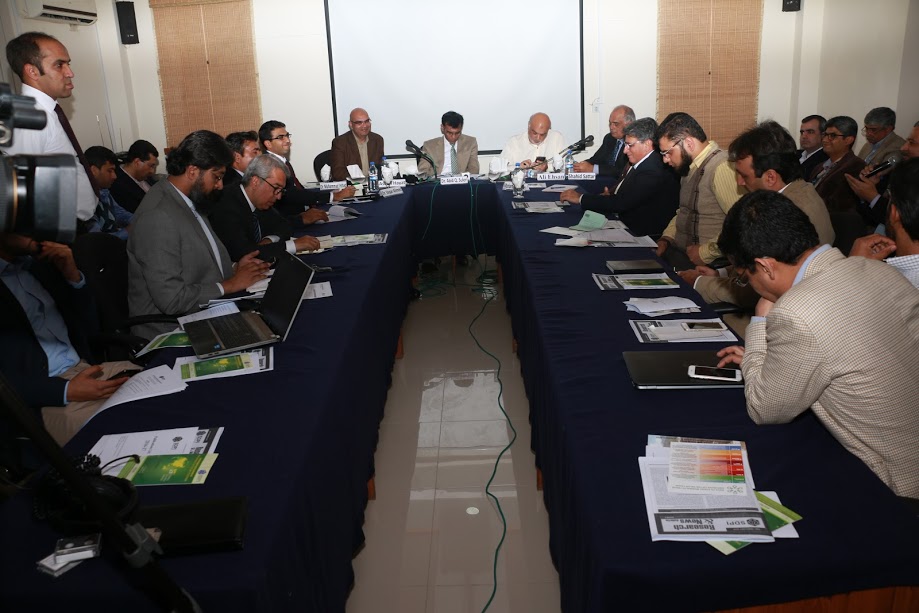 The experts representing various key sectors of economy have suggested the federal government should redress the element of unpredictable taxation policy, lack of continuity across provinces and irrational investment policies in energy sector.  They were also of view that these steps would be of fundamental importance to revive industry and hence to boost overall national economy. The experts representing Telecom, textile and energy sector said this during a high level pre-budget consultative meeting held by Sustainable Development Policy Institute (SDPI) here on Monday.

The consultative meeting was participated by the leading stakeholders from public and private sector organizations working in/ for telecom, energy and textile sectors and the members of business and trade community including the office bearers of Chambers of Commerce and Industries from Rawalpindi and Islamabad.

Aslam Hayat, renowned expert in telecom sector said that unpredictability regarding tax policy did not allow the industry to come up with its business plans effectively. He said government had time and again assured the sector for giving it the status of industry which has never been materialized.

He urged the government to eliminate the element of double taxation in the industry as well as different tax systems across the provinces as the service being provided was nationwide.

Syed Ali Ahsan, Chairman All Pakistan Textile Mills Association (APTMA) Punjab, while highlighting the issues being faced by the textile sector said that high cost of business, lack of institutional support, non-implementation of government polices as well as non-availability of  raw material were some of the factor rendering the industry  incompatible in international and local markets.  He lamented that the industry was not benefitted from the textile package that government had announced due to certain reasons.

Shahid Sattar, expert in energy sector exclaimed that the present government had announced 20 points to revive the energy sector at its inception whereas only 3 of them have been actually implemented. He said that the government must revisit its own manifesto so that it may come up with better policies on energy sector.

He said that government should consider the economic impact of its policies in energy sector as high cost of business would have huge negative impact on industries and hence employment. He said government should also concentrate on developing indigenous resources of energy as import option would not remain sustainable for a longer period of time.

Dr. Abid Qaiyum Suleri, Executive Director SDPI on the occasion said that various sectors of our economy were facing number of challenges including various complexities in tax systems.  He said that as an independent think tank, SDPI was aiming to provide the government and relevant bodies including Ministry of Finance and Federal Bureau of Revenue inputs to reform economic policies based on the recommendations of the stakeholders.

He informed the participants that SDPI would continue its endeavor to voice for a rational and equitable tax system and would hold another round of consultation to solicit pre-budget recommendations. He said that the major political parties of the country would be made part of this national consultation.

Earlier, Dr. Vaqar Ahmed, Deputy Executive Director SDPI opened up the discussion and said that the federal budget 2017-18 should be designed with four key objectives that include consolidation and rationalization of taxes at federal and provincial levels, which in turn could reduce cost of doing business.  Likewise, he said, reduction in number and rates of anti-poor and regressive with-holding taxes and federal indirect taxes would help inreducing the poverty across Pakistan whereas increase in public expenditure towards initiatives would lead towards increase productivity of agriculture and industry and hence, would improve the competitiveness of Pakistani exports.

Moreover, he said, the debt and borrowing requirements of the government could be lowered through reduction in untargeted and hidden subsidies, losses of public sector enterprises, and scale of government operations in sectors where private sector is more efficient.

2017-02-27
Previous Post: All the blasphemous matter should be remove from Facebook. IHC
Next Post: A Stunning Combination of Technology and Art, HUAWEI P10 lauched at MWC 2017