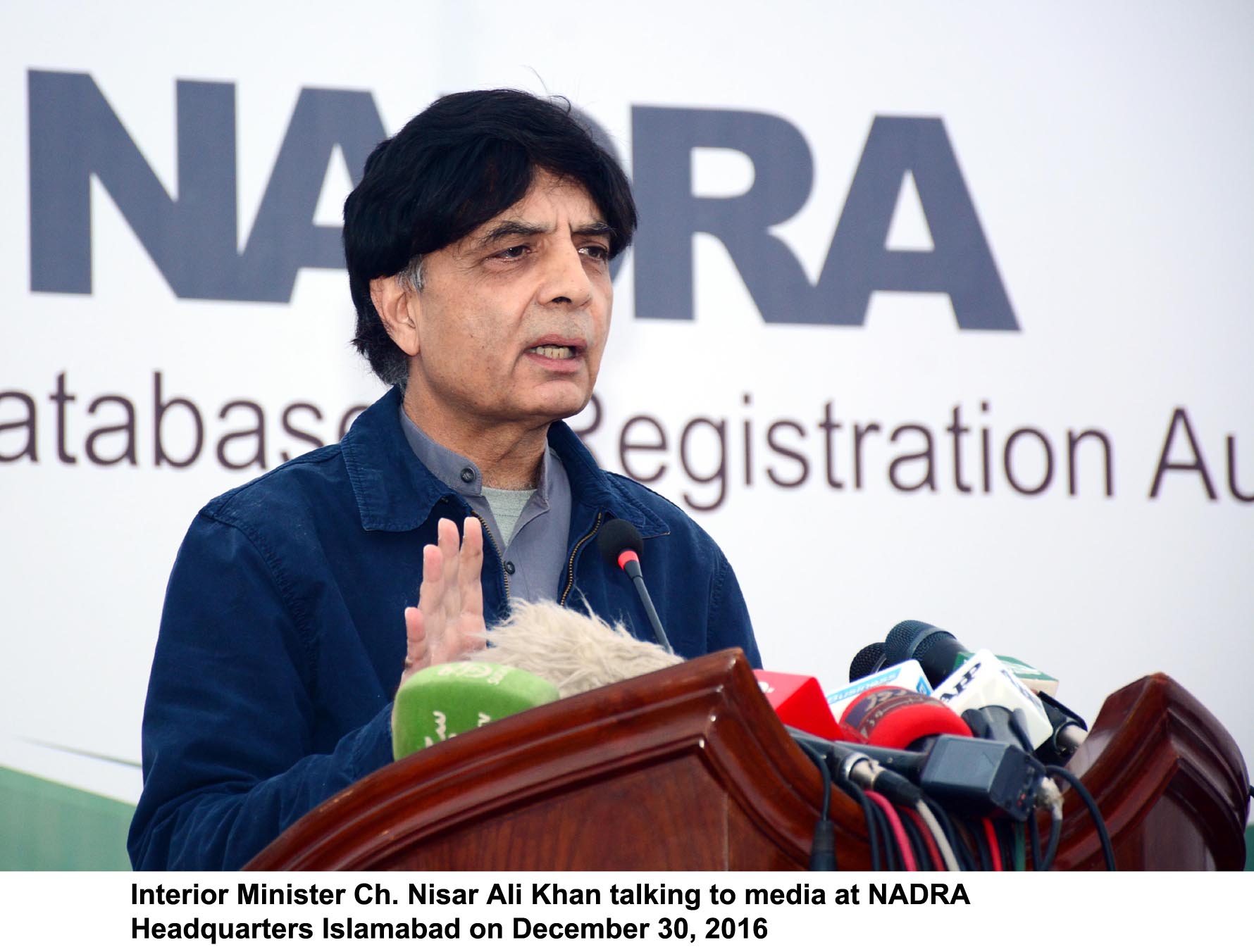 According to a statement issued by Interior Ministry, the said agreement has been signed without taking written permission from the government, and neither holding any consultations with the stakeholders or taking into consideration the sensitive security issues.

Nisar has directed for suspension of the agreement immediately.

He has also sought reply from NADRA as to why and under which laws a foreign-based company was being given access to its records.

The minister said use of modern technology for foreign transactions is a good thing but there cannot be any compromise on the security of national database records.

He said no organization can be allowed to cross its mandate. –Samaa Tv