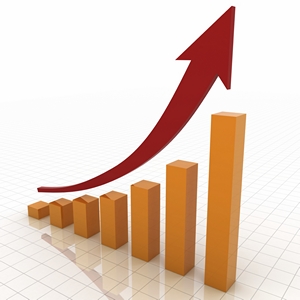 Revenue increased sharply (+24.7%) to CHF 934.6 million, compared with CHF 749.7 million at the end of 2015. This rise was largely due to the increase in interest income, fees and commissions related to expansion, particularly in Asia, as well as solid growth in the EMEA region. Operating expenses were CHF 634.7 million (+22.2%) as a result of the completion of the Coutts International integration.

UBP’s operating income rose from CHF 152 million in 2015 to CHF 191.9 million in 2016. This significant increase is testament to the Bank’s continuing ability to adapt to developments in the industry while, at the same time, carefully managing its cost base, as demonstrated by its cost/income ratio of 67.9%, compared with 69.3% at the end of 2015. Net profits totalled CHF 176.4 million.

As of 31 December 2016, assets under management were CHF 118.3 billion, up 7.6% (CHF 8.3 billion) compared to the previous financial year (CHF 110 billion at the end of 2015). This is mainly due to the increase in assets in Asia – a major growth centre for both private and institutional clients – as well as net inflows from institutional clients (CHF 1 billion). These increases largely offset the outflows due to tax regularisations in regions such as Europe and Latin America, as well as adjustments made following the integration of clients from Coutts International.

“The external growth strategy that we have had in place for four years now, and the major investments we have made in our Asset Management division, are both bearing fruit. We are well positioned in those markets where we want to grow. Our ability to adapt, and to offer our clients solutions that meet their needs locally, are key factors in our success,” said Guy de Picciotto, UBP’s CEO.

The Group’s good results have allowed it to increase its equity base and offset the impact of the purchase of Coutts International in Asia. As a result UBP’s Tier 1 ratio remains stable at 24.3%, well above the minima required by Basel III and by the FINMA.

The Bank’s prudent management of its balance sheet is also reflected in its short-term liquidity ratio, which, at 262.1%, is more than 2.6 times the minimum required by Basel III. At the end of 2016, the balance sheet totalled CHF 30.8 billion.

UBP remains one of the best-capitalised banks in its field and has the necessary means to develop its wealth management business for both private and institutional clients.