“Learned counsel for the petitioner submits that during the pendency of this petition. Respondent No.1 has introduced Voluntary-Separation Scheme, 2016 WS’S, on 28.11.2016. He next argued that the Respondent No. I is forcing various. employees including The members of the petitioner to accept the aforesaid scheme, therefore. they have approached this Court for some restraining order. . Issue notice to the respondents for 13.12.2 the meantime, no member of the petitioner shall to accept the VSS, however, if any member v accepts the VSS, it will be entirely at his own decision.” 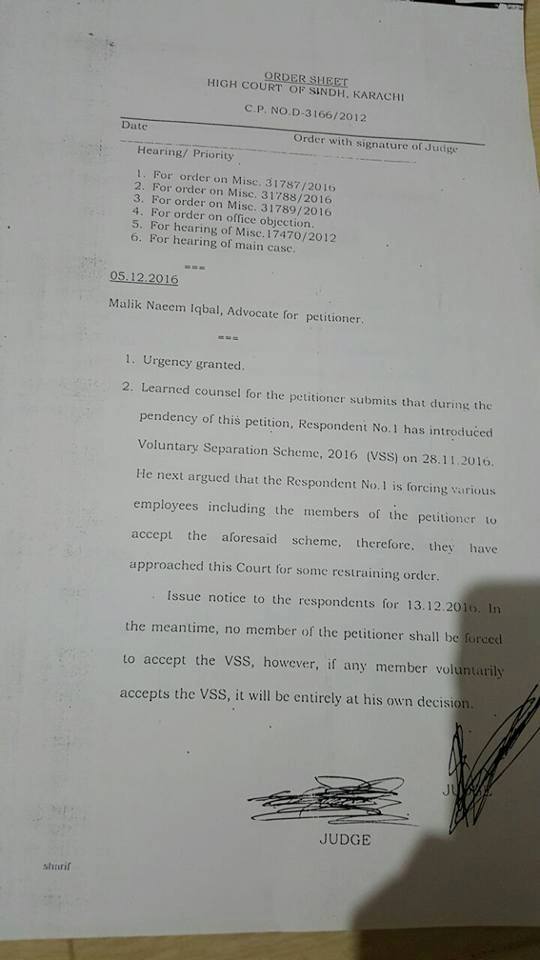 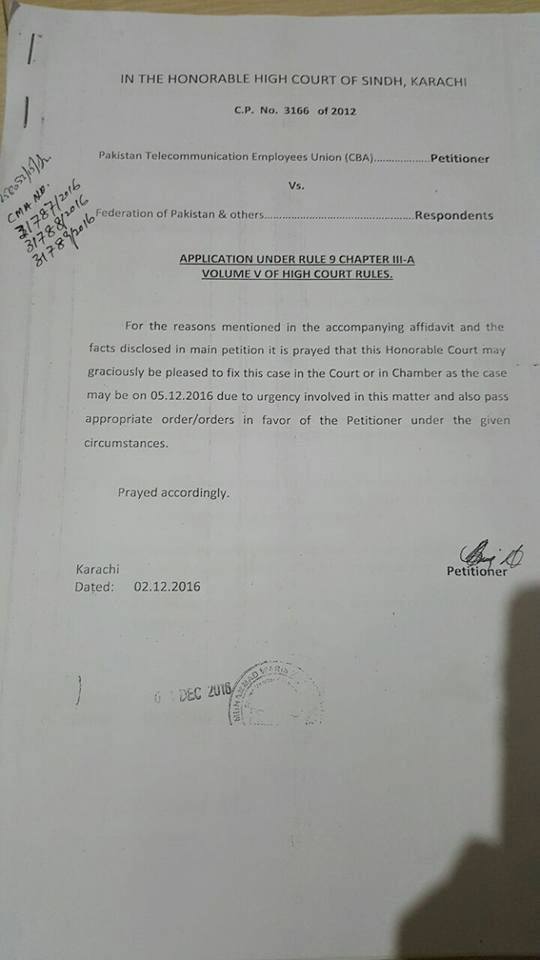 2016-12-08
Previous Post: National Incubation Center to Accept First Round of Startup Applications
Next Post: Who will be replacing Faisal Sattar?