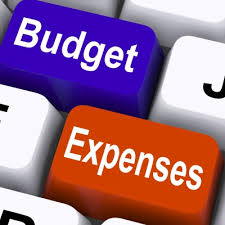 “APBF criticizes govt for failing to full utilization of ADP”

The All Pakistan Business Forum president Ibrahim Qureshi has lambasted the Punjab government in failing to fully utilize the budget of Annual Development Program of current fiscal year, as the provincial government could spend only 60 % of the ADP despite the fact that fiscal year 2015-16 is near to close.

He also expressed his reservations that funds allocated for agriculture, education and health will be used up by the Orange Line Project. He said despite high taxes in every sector, historical deficit of Rs 114 billion is ample proof of inefficiency of the economic managers.

Giving details, Ibrahim Qureshi said that Rs 24 billion were allocated for health in the budget for the current fiscal, but only Rs 3.5 billion were spent.

He said that the total debt of Punjab has crossed Rs 625 billion, whereas the amount of interest on payment of loans annually has crossed Rs 125 billion. He said Rs 50 billion Kisan Package was defrauding and misleading the farmers.

It is a common practice in the country that a very small amount of allocated budget is utilized during the fiscal year and most of the funds lapsed every year, he added.

Regarding overall economy of the country, Ibrahim Qureshi said that it is unfortunate that despite improvement in the country’s security situation and the economy growing at an eight-year high, Pakistan risks default as 42 % of its foreign debt, around $50 billion, is due in 2016.

Around $30 billion is due between July and September, of which $8.3 billion will need to be in foreign currency, depleting 40% of the country’s $21 billion in foreign-exchange holdings. “Pakistan’s high level of public debt, with a large portion financed through short-term instruments, does make the sovereign’s ability to meet their financing needs more sensitive to market conditions.

In 2013, a $6.6 billion loan from the International Monetary Fund (IMF) was used to make payments for previous outstanding loans and avoid a Greece-like crisis. Since then, the projected debt due by end-2016 has grown by 79pc.

At Rs13 trillion, 77 pc of the budget is already allocated for loan repayments this year. A concurrent challenge is meeting IMF demands to privatize state-owned concerns. Last year in November government imposed new taxes worth Rs40 billion to meet the fiscal deficit.