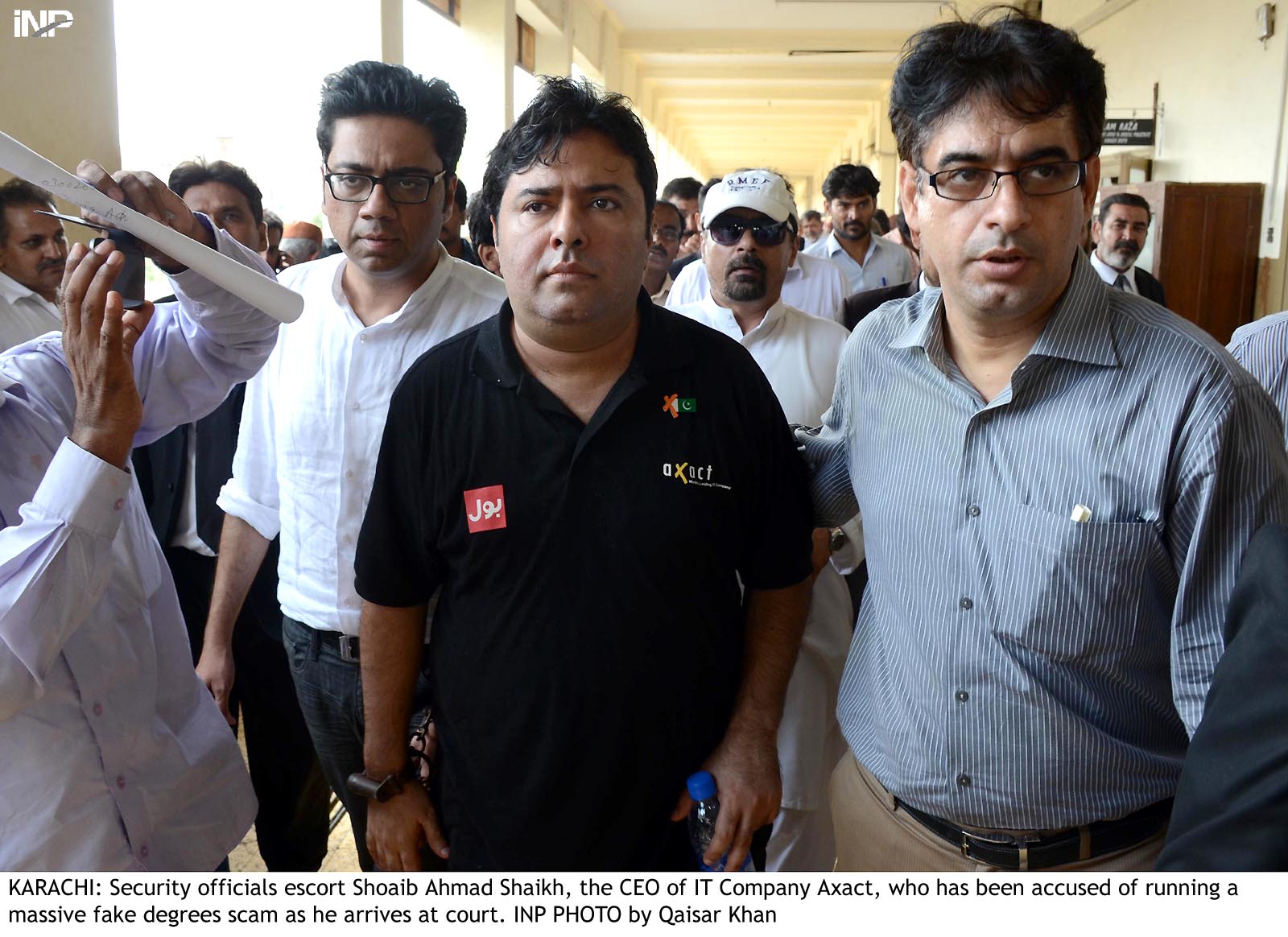 The main accused in the fake degree scam, Axact CEO Shoaib Shaikh, and four other suspects were sent on physical remand until June 4, hours after investigators discovered thousands of blank diplomas at the company’s Karachi headquarters on Wednesday.

Investigating officer Saeed Memon presented the suspects in the court of judicial magistrate Noor Mohammad, who remanded them into FIA custody for further investigation. The FIA informed the court that over two containers full of blank diplomas were found from the Axact offices and that more was being collected.

The court ordered Memon to present the initial findings of his investigation on June 4 and a complete report on June 7.

The Federal Investigation Agency (FIA) took the Axact CEO into custody earlier this morning and lodged a fraud, forgery and money laundering case against him. An FIR numbered 7/2015 was filed under sections 468, 470, 472, 473 and 474 of the Pakistan Penal Code related to forgery and fraud. The case also includes Electronic Cyber Crime sections 36 and 37 and sections 3 and 4 related to money laundering.

The arrest followed a late-night raid on the offices of Axact on Khayaban-e-Ittehad in DHA, where thousands of fake degrees of various bogus universities, diplomas and student cards were found and seized from the company’s headquarters.

Shortly after the raid, Shaikh was taken into custody and shifted to the FIA’s Corporate Crime Circle for questioning.

The overnight raid was carried out by FIA in coordination with a team of the Special Investigation Unit (SIU) led by DSP Amir Hameed.

According to sources, seven Directors of Axact, including Viqas Atiq (Vice Chairman & Co – Founder of Axact) have also been taken into custody by the FIA.

Shaikh was being questioned by the FIA regarding the issuance of fake degrees and various bank accounts for two days in a row. Following his appearance before the federal investigators on Monday, he was again summoned at the FIA head office in Karachi on Tuesday morning.