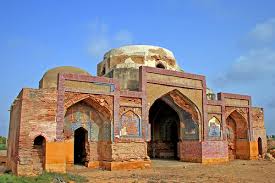 Thatta is an ancient city located around 100 km from Karachi. With approximately 250,000 inhabitants, the city has a lot of historical monuments and is considered as a tourist spot for those wanting to learn about the history of Pakistan. In fact historians say Thatta may have been the main port on the Indus during the time of Alexander the Great’s invasion. A lot of schools and universities take their students to Thatta to learn about the history of Pakistan. 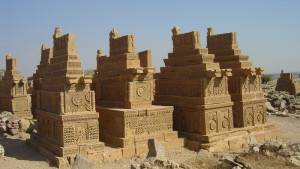 The poverty rate in Thatta is very high, and a lot of people live in small tent houses. Thatta is extremely hot, and it wouldn’t be advisable to travel there during the summer seasons. In 2010 there were severe floods that hit Thatta, which caused a lot of damaged crops, cattle deaths and approximately 175,000 people were displaced.

The necropolis of Thatta is considered as a UN World Heritage site. With a diameter of approximately 8km, the necropolis has over 125,000 rulers buried over there, including Sufi saints. 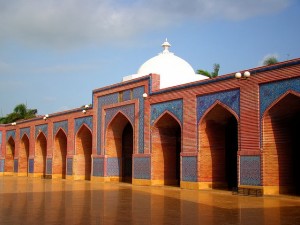 While traveling to Thatta, you will come across two famous towns – Gujjo town and Thame village. They are both fish farms, so if you really want to have some fish they would be the perfect place for a pit stop.

Just like any other town of Pakistan, there are a lot of places to eat located in Thatta. The food served is usually typical Pakistani food, but Thatta is very famous for fish because of the lakes. Because of the heat it is advised that you constantly drink water.

Shopping in Thatta is very popular because of the local products manufactured in the area. The bazaars of Thatta are known for their hand-printed fabrics, glass bangles, Sindhi embroidery and handicrafts (pottery etc.). People come to Thatta just to purchase these products.

2015-05-16
Previous Post: “Best interests of our customers are at the core of everything we do. Michael Foley
Next Post: Tech Powerhouse ARPATECH On The Prowl – Acquires Textualy