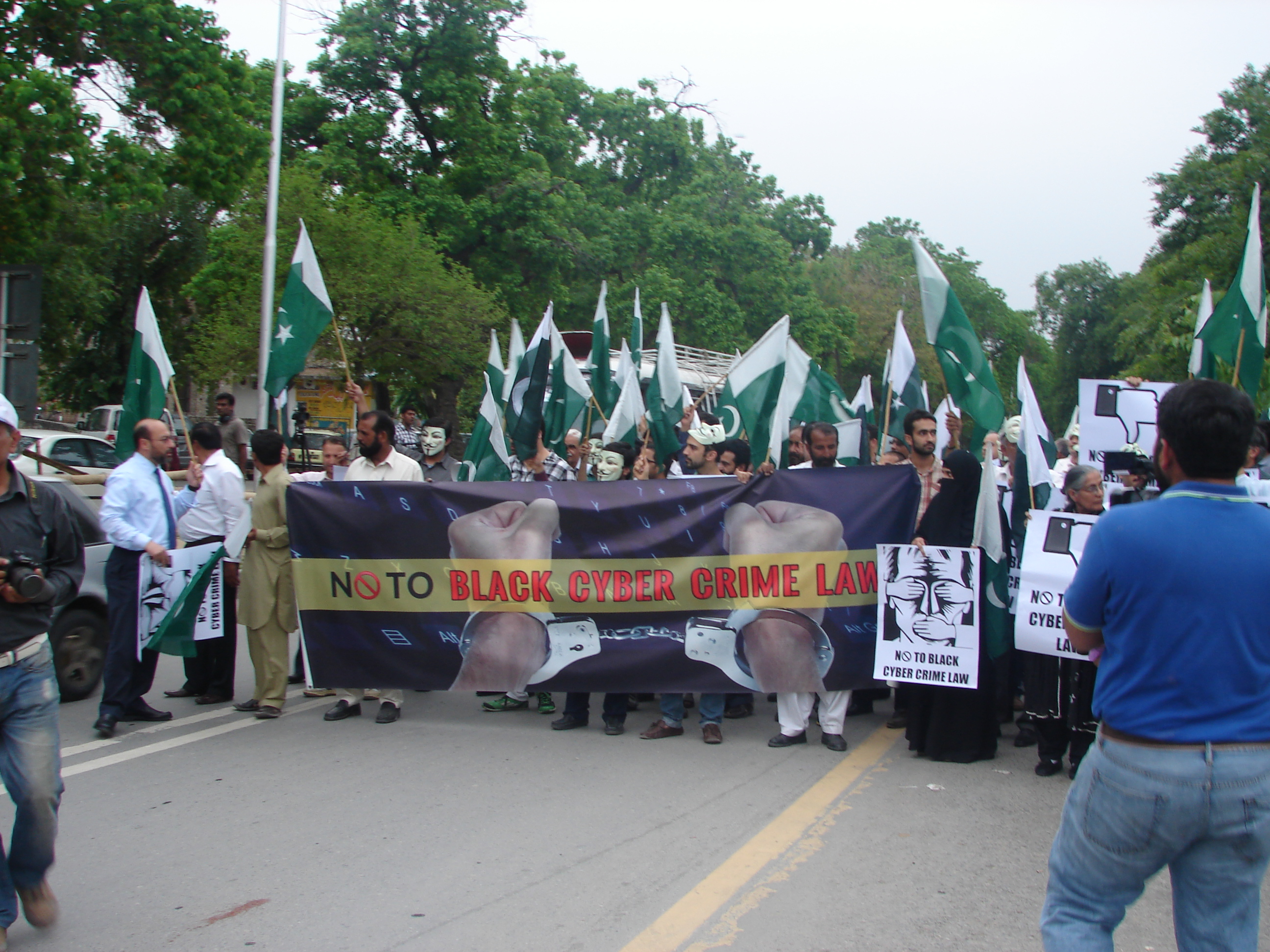 NO ! NO ! Black Cyber Crime Law 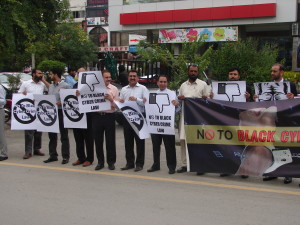 The protestors, more than 200 in number, were mostly entrepreneurs, engineers and professionals of IT and telecom companies, students and civil society activists. The protestors carrying placard inscribing slogans no to black cyber crime law, no to draconian law, and raising slogans marched peacefully from posh Super Market F-6 to Auyb Chowk and then back for a gathering that was addressed by Tahira Abdullah, Civil Society Activist, Syed Ahmad, Executive Member, PASHA and Wahaj us Siraj, Convener, ISPAK. Tahira Abdullah slammed the statements of Anusha Rahman, 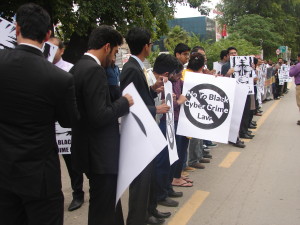 State Minister for IT, in which she was critical of the opponents of cyber crime bill. Tahira said that civil society has stood up against black law and its struggle would continue till Government withdraws bill from the floor of National Assembly. Syed Ahmad said that Government wants to shut down Internet and IT businesses in Pakistan and this is a wakeup call for all IT professionals to stand up against this atrocity. Citing past arrest and humiliation of entrepreneurs and IT professionals including Faisal Chohan, Afaque Ahmad, etc. in hands of law enforcement agencies on fake charges of cyber crimes, Wahaj us Siraj said that Government wants its full control over social media but 50 million Internet users of country will resist this move with full force. Wahaj said that Pakistan will be a better country without this black law and he appealed to the Government and opposition legislators to discard the bill as this 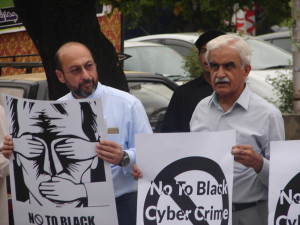 will be used against their own children in near future. 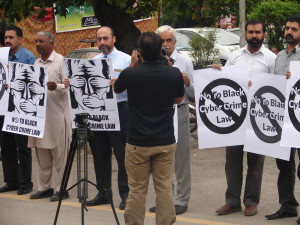