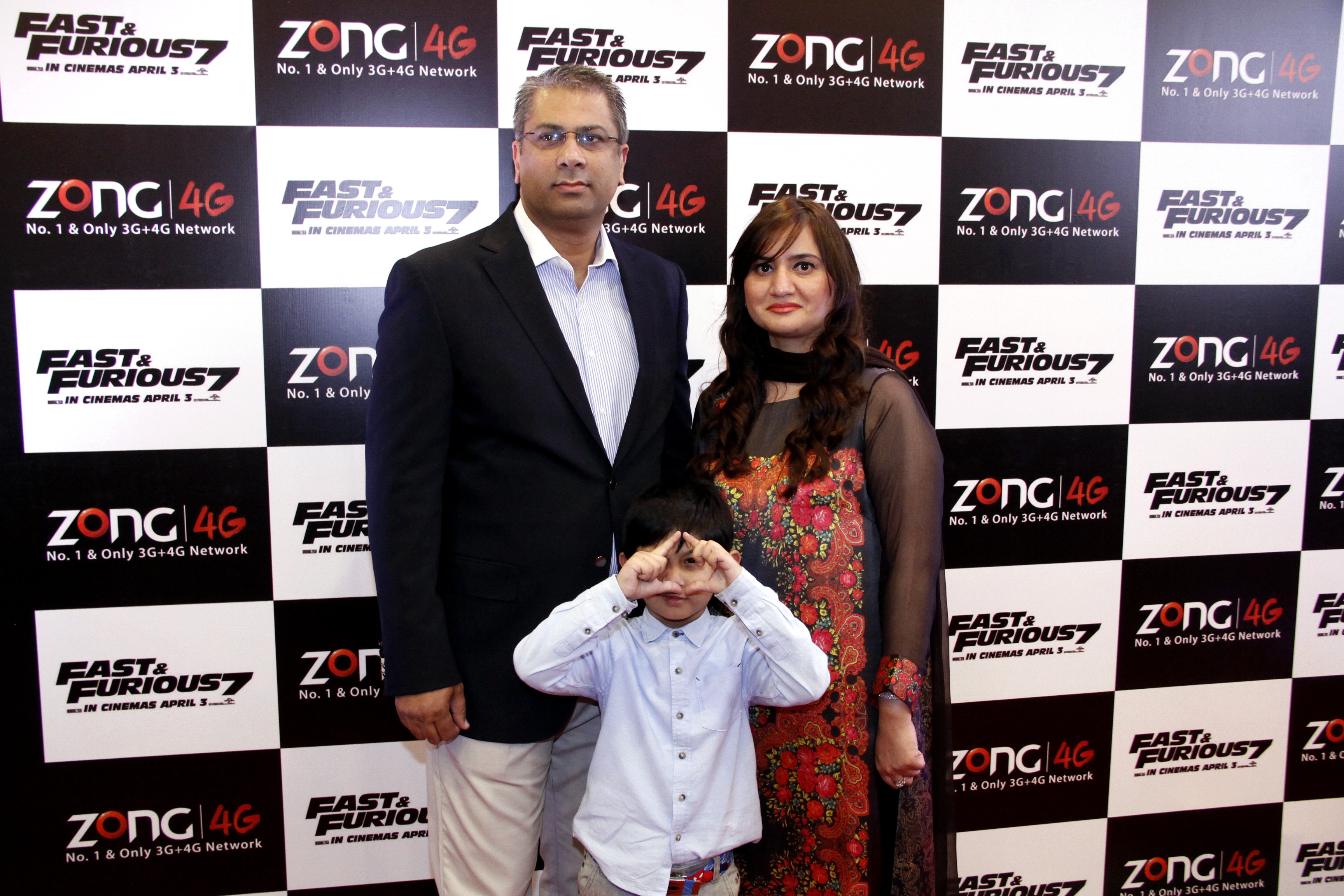 Zong, Pakistan’s most advanced and only 3G and 4G telecom operator launched the much awaited movie ‘Fast & Furious 7’ in Pakistan by holding its grand premiere here in Cinepax Ocean Mall, Karachi on 2nd April 2015. This launch was a collaboration with Universal Studios, and was attended by a large number of celebrities and corporate guests. It was an acknowledgement of Zong’s uniqueness as the fastest and only 3G and 4G service provider in the country.

It is worth mentioning here that this premiere was a part of Zong’s 8 week internet campaign titled “The Fastest Gets Furious”. This internet campaign allows customers the opportunity to win movie coupons, Honda CRZ and a trip for 2 to Dubai. Lucky draws for local tickets will take place on a weekly basis throughout the campaign whereas lucky draws for FF7 tickets in Dubai and for Honda CRZ will be held on April 10th and May 25threspectively.

Speaking at the occasion, Babar Bajwa Chief Commercial Officer (CCO) Zong said that, “Zong takes pride in being the fastest as well as the only 3G and 4G service provider in the country. Our partnership with this movie franchise is an indication of not only our strength in mobile internet, but also an affirmation that we will continue to take the lead in this arena to provide cutting edge services to our customers.”

Meanwhile, Anoushay Ashraf, VJ and prominent celebrity was of the opinion that, “It is wonderful that Zong has taken the lead to introduce an endorsement as huge as the Fast and Furious franchise in Pakistan. Endorsements such as these have become the norm worldwide, and so there is no reason why such should not be the case in Pakistan as well.”

2015-04-06
Previous Post: More 20 Million Sims will be blocked !
Next Post: Top 10 Ways Technology and Sports are the Perfect Training Partners