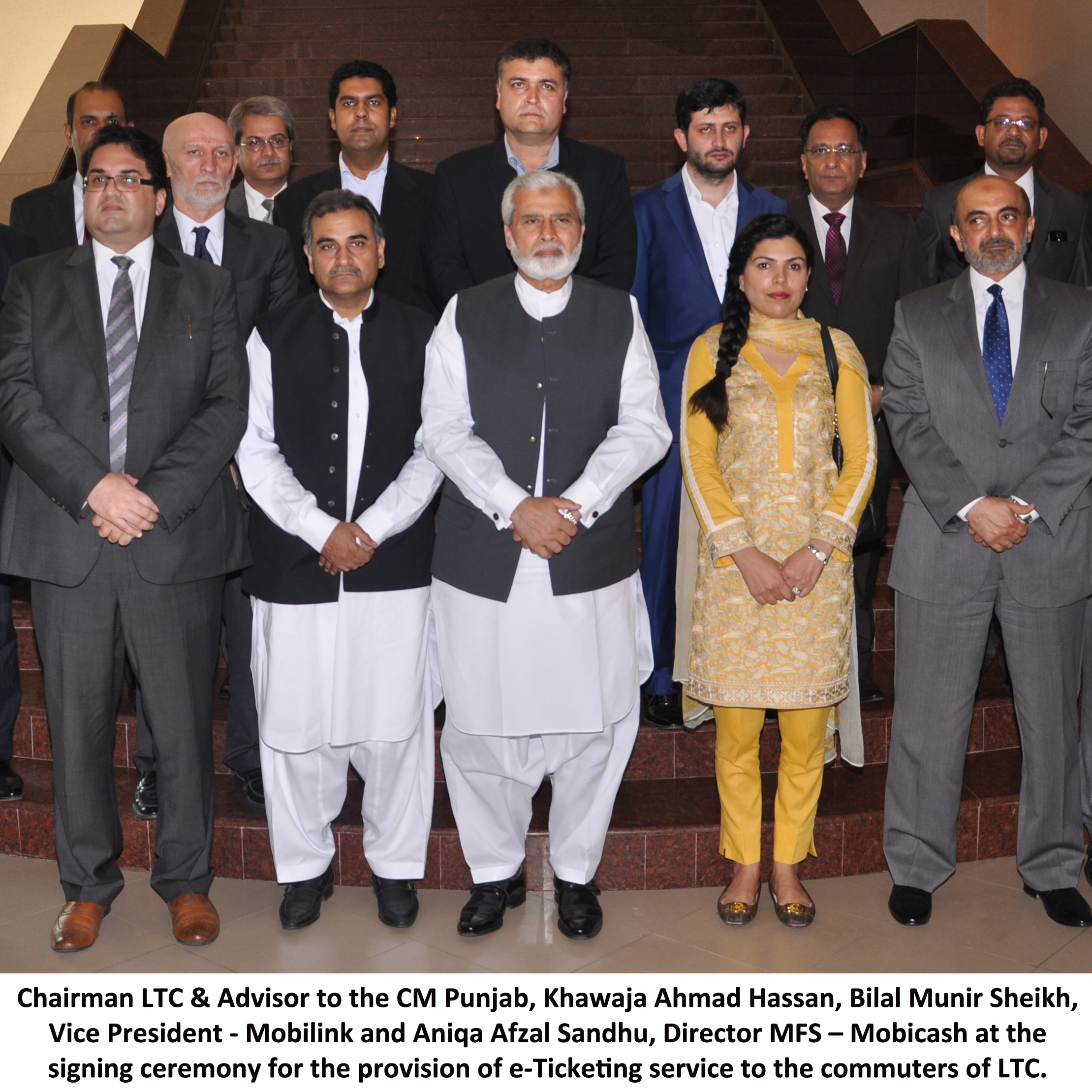 Mobicash has signed an agreement with TPL Trakker Limited to provide e-Ticketing solutions to commuters of Lahore Transport Company (LTC) at a signing ceremony held at Chief Minister Secretariat, Lahore. Through this first of its kind cash-less travel service, commuters will be able to use LTC’s bus services by loading cash onto their TPL Trakker’s Near Field Communication (NFC) tag through a nationwide network of Mobicash agents.

In an easy to use service, which promises to provide convenience to over 300,000 daily LTC customers, the commuter will visit the nearest Mobicash outlet with the provided NFC Tag number. The Mobicash agent, using the USSD menu, will top up the NFC tag with the amount provided by the commuter. Through system integration with the TPL system, the commuter will then be able to use the NFC tag to pay for their commute on the LTC bus services. The commuter will also have the option to top-up the NFC Tag using mobile wallets offered by Mobicash.

Speaking on the signing ceremony, Ms. Aniqa Afzal Sandhu said, “There is ample opportunity to utilize Mobicash platform to serve the 300,000+ daily commuters of LTC’s bus service. Facilitating TPL Trakker and LTC with their vision of cashless travel is part of our efforts to accelerate social-uplift ventures while ensuring transparent and swift transaction methods. We have fully customized our solutions to meet the unique needs of this e-Ticketing project and hope that it will bring convenience to the commuters of Lahore.”

Speaking on the signing ceremony, TPL Trakker spokesman said, “A vision of LTC, the cash-less travel environment will enable transparency in the revenues for LTC and the bus operators, along with providing ease and convenience to the commuter with ability to load the NFC tag, provided by TPL Trakker, from over 3669 Mobicash retailers across Lahore. This NFC based mechanism will further promote the e-Payment industry and wireless radio based digital signatures in the country and bring to limelight the numerous benefits associated with them”.