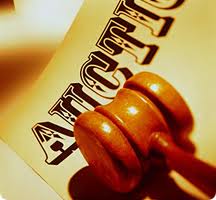 According to officials of Ministry of IT, The Ministry of Finance has directed to auction the remaining spectrum for Next Generation Mobile Services before June of the current fiscal year.

Therefore, during her recent meeting in Barcelona Spain after the wrap up of The World Mobile Congress 2015, State Minister for IT and Telecom Anusha Rehman has invited international telecom companies including Telenor, VimpleCom and Etisalat to participate in upcoming spectrum auction for Next Generation Mobile Services.

With the successful auction of NGMS in the country last year, 1,800 MHz, 850 MHz, and 2100 MHz spectrum remained unsold due to which the government received a less expected amount of revenue but now again it seems dedicated to sell out more licenses of Next generation Mobile services (NGMS).

Although the international telecom companies have showed serious interest in participation of Next Generation Mobile Services in Pakistan, however, it remains to be seen that will they actually take part in the auction or not.

It is important to note that GSMA, which represents the interests of mobile operators worldwide, announced several winners during the World Mobile Congress 2015 and Ministry of Information Technology and Telecommunication of the Government of Pakistan is the one who has received the Spectrum for Mobile Broadband Award there.