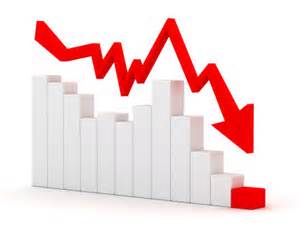 Pakistan’s largest telecom company, PTCL, reported massive decline of its profits for 2014. Compared to 2013, profits plunged by 74.8 percent due to huge expenses under the head of Volunteer Separation Scheme (VSS).

The telecom group made a profit of Rs 3.966 billion in 2014 as against profit of Rs 15.752 billion that it made in 2013, the financial announcement of the company reflecting group income numbers stated. The group Earning Per Share (EPS) declined to 78 paisas against previously good position in which it stood at 3.09 EPS due to the blessings of controversial International Clearing House (ICH).

The company claimed in it press release that Pakistan Telecommunication Company Limited (PTCL), the largest ICT services provider in Pakistan, today announced its annual results for the year 2014, riding on the back of its growing fixed and wireless broadband business.

Of the total 2014 revenues of Rs. 81.5 billion earned by PTCL, the broadband revenues significantly increased by 34%. The Company’s profitability remained stable in spite of extraordinary expenses on account of a successfully completed voluntary separation scheme as well as losses due to fire and floods.  PTCL’s group revenues for the year stood at Rs. 129.9 billion.

The financial results for the year ended   31st December, 2014 were announced at the Company’s Board of Directors (BoD) meeting held on 10th February, 2015 in Islamabad. PTCL cash flows remain healthy and stable due to the consistent growth in the subscriber base and strong market position.

The Board of Directors has declared 25% final cash dividend inclusive of 10% interim dividend.

Mr. Walid Irshaid, President & CEO PTCL commented, “PTCL’s revenue growth during the past year is a strong indicator of our dynamic corporate direction as well as our customers’ continued satisfaction and trust of our shareholders.”

“PTCL is in a strong position to lead the telecom industry towards a brighter future, our broadband and corporate services portfolio performed exceptionally well in 2014. To cater to the increasing data needs of Pakistan, PTCL also introduced the next generation wireless broadband in Pakistan.” Mr. Irshaid further added.

The Company’s market share in the fixed and wireless broadband and specialized telecom solutions segments has increased significantly during FY2014.