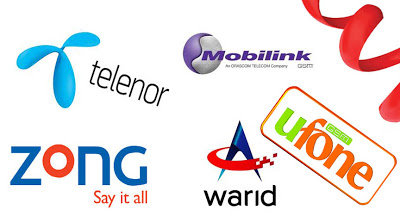 The cellular industry of Pakistan has reiterated its commitment towards national security by initiating the biometric re-verification process of around 103 million mobile phone SIMs – as part of the government’s newly devised National Action Plan to counter terrorism. Currently the re-verification process is being performed by all the 5 cellular mobile operators – namely Mobilink, Telenor Pakistan, Ufone, Zong and Warid through Biometric Verification System (BVS) across the country.

The cellular mobile operators have always worked with the government and provided all requisite support in implementing all measures taken to facilitate data verification exercises in the past as well including the 668 process back in 2009, 789 verification process in 2011 and Biometric Verification System (BVS) introduced in 2014. The industry has so far invested USD 25 million on the provision of around 60,000 BVS devices and PKR 22 billion on previous mandatory verification processes with another significant amount to be spent on this re-verification exercise to enhance the availability of these BVS devices across Pakistan.

The cellular industry has urged all its valued customers to perform their national duty by re-verifying their mobile phone SIMs as per the schedule announced by the Pakistan Telecommunication Authority (PTA) and Ministry of Interior. The industry has also sought government’s support to meet the extremely challenging task by ensuring cooperation of law enforcement agencies/local authorities, provision of security at service centers/franchise and BVS retailers across the country where re-verification process is underway etc.

Over the years, the telecom industry has made a major and transformational contribution in the economic development of Pakistan. Mobile telecommunication is one of the largest contributors to the national exchequer. During the last three years, the telecom sector was contributing an average of Rs. 124.8 billion annually to the national exchequer in terms of taxes, regulatory fees, initial and annual license fees, activation tax, and other charges. During FY2014, telecom sector has contributed an all-time high Rs. 243.8 billion, registering a growth of 95.8% over the last year. This is in addition to the billions paid as other fees and levies to the federal and provincial governments and their concerned authorities.

During FY2014, cellular mobile operators have invested US$ 1,789.7 million on account of acquiring 3G and 4G spectrums and deployment of advanced telecommunication networks. The overall telecom investment reached US$1,815 million in FY2014; an almost three times increase from the level of US$600 million last year. Almost half of telecom investment was in the form of FDI i.e. telecom sector attracted over US$903 million of FDI in FY2014, 34.2% of the total FDI received by Pakistan in that period. The industry has also created around 1.4M direct and indirect jobs.

Despite having reservations on the execution plan for this huge exercise, the Industry as always has agreed to the requirement of the GoP (under the National Action Plan) for carrying out SIMs re-verification through BVS within 90 days and will put its best efforts to try and complete this herculean task within the stipulated time frame. The Industry’s volunteered support towards measures to maintain National Security in view of the prevalent law and order situation should be recognised accordingly. Moreover, the industry has also played a remarkable role through its corporate responsibility initiatives in overall social development as well as in emergency situations in the country. The cellular industry has always been at the forefront in terms of cooperation with the government and security agencies in national security matters, and will continue its efforts in light of the prevailing security situation.