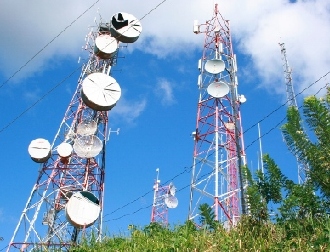 In our country it is much easier to blame someone without going deep to find out the actual root cause of the menace and address it. The case with multi-billion telecom industry is not different which has been bearing the brunt for years. Be it the issue of taxation, right of ways, shutting down of signals due to possible terrorist activity or the re-verification of mobile phone SIMs, industry has been on the receiving end in all these years.

The present government of PML(N), when came to power, was considered a business friendly regime but even after more than one and a half year in power, telecom industry still feel like an orphan child.

When ever there was a need to swell the national exchequer, telecom players were eyed to extend help in tough times. In 2013-14, this industry contributed Rs. 125 billion in terms of various taxes. It was the same industry that helped reduce the budget deficit over a billion dollars when government of Pakistan auctioned 3G and 4G licenses. Due to cellular industry, nearly 78% of population in Pakistan owns a mobile phone.

When ever state comes under attack of any sort in Pakistan, instead of tightening the noose around terrorists and addressing the root cause, it start tightening the space around cellular operators. Every time, the lifeless mobile SIM turns out to be the main culprit and foreign investors are summoned for another plan from the government.

Ridiculous aspect in all these years is that cellular operators bow their head down and accept whatever is imposed upon them.

According to industry figures, telecom industry have spent Rs. 24 billion on various security measures and just recently, almost Rs. 2 billion have been spent on installing biometric SIM verification system across the country.

With the recent Peshawar Attack, and the Interior Minister statement holding telecoms responsible for their lack of security check to help prevent terrorism from the country, the simple question arises, what are our security agencies in place for?

The telecoms can only do so much as to implement a biometric system, which enables all buyers of SIMs to register to the network, to ensure their identity is known to the telecoms and in case of any threats or criminal activity, their trace to be fool proof. However, the system is as flawed as any other, terrorist organizations may be able to register to the network with stolen identity cards, or use SIMs that are from other countries with a roaming facility enabled on to it. The fault cannot lie with an organization that is in place for nothing other than to facilitate communication, and is already fighting battles to provide an appropriate amount of privacy to its consumers while the sim used during the incident was issued after following PTA SOPs.

The industry was just trying to struggle paving its way out and recover from the hefty spent made during 3G roll outs,  the pain was still fresh while the wounds were healing slowly and yes talking about making money seems like a fancy dream turning horrific after the latest orders by the kings, the rulers, the God father Carlioni,s the Tony Montana’s Al pacino’s…….. are to reverify 103m sims blue and green i mean grey and white in 90 days….the sims that were sold in a span of years and realistically speaking not even 90 but 75 working days (why would a retailer sacrifice his day off) with 99% of biometric channel being retailers; would mean atleast 50% of total sims getting blocked resulting in 50m approx sims may vanish taking more than half of the industry’s revenue away which can be approx 10 billion per month.

Haven’t they (kings) thought about the pros and cons, little that they know how will this effect employment direct and indirect attached to the industry.

A poor farmer, a carpenter, a handyman, fisherman, news-hawker, stock brokers, doctors, people who run there business  dependent on cell phones only if not able to reach the biometric in time will face the crisis…… but another big question is……WILL THIS SOLVE THE CRISIS? or next will be Handset manufacturers to be blamed….the famous IMEI that all handsets should be replaced by new ones sold by the Government of Pakistan.

Another Next will be …they will say after having a dream, OMG 3G is not safe, terrorists are transferring sensitive data on the move, my dear operators are struggling to sell data but the kings who knows nothing about the industry dynamics are making decisions of its fate.

Another thought provoking angle is talking about the last elections that occurred with normal votes and all logistical push by candidates while billions spent during campaigns could just get 30m turn out; yes 30 million which is 3 crore, now if we use it as an analogy, biometric verification through max 20k devices per operator with more then 50% of those deployed in top 15 cities and rest to cover 10k geographical locations where mobile subscribers dwell would be practically impossible and lets not forget the media spent they will have to do to create awareness.

A case study by GSMA negates the concept of registering SIMs as a part of measures to control the crime. It says; while there is no doubt that criminals and terrorists use prepaid SIM cards to help stay anonymous and avoid easy detection, to date there has been no empirical evidence to indicate that mandating the registration of prepaid SIM users leads to a reduction in criminal activities; and the lack of any registration of prepaid SIM users is linked to a greater risk of criminal or terrorist activities.

In Mexico, mandatory SIM registration was introduced in 2009 but repealed three years later after a policy assessment showed that it had not helped the prevention, investigation and prosecution of associated crimes.

This is not the case of single country only, dozens of countries have implemented a forced SIM registration regime but no where it has been witnessed that the act was helpful in reducing the crime rate.

Having said that, cellular operators are willing to undergo a re-verification of prepaid SIMs and they are only asking for a reasonable time frame.

If God forbid, something happens again, what would be the next terrorism controlling policy of the government, banning 3G in Pakistan or stopping the import of handsets that also play a part in establishing communication. Sanity must be prevailed or it would be too late.
The author is a telecom expert and can be reached at[email protected] & can be followed on twitter @sohaib72