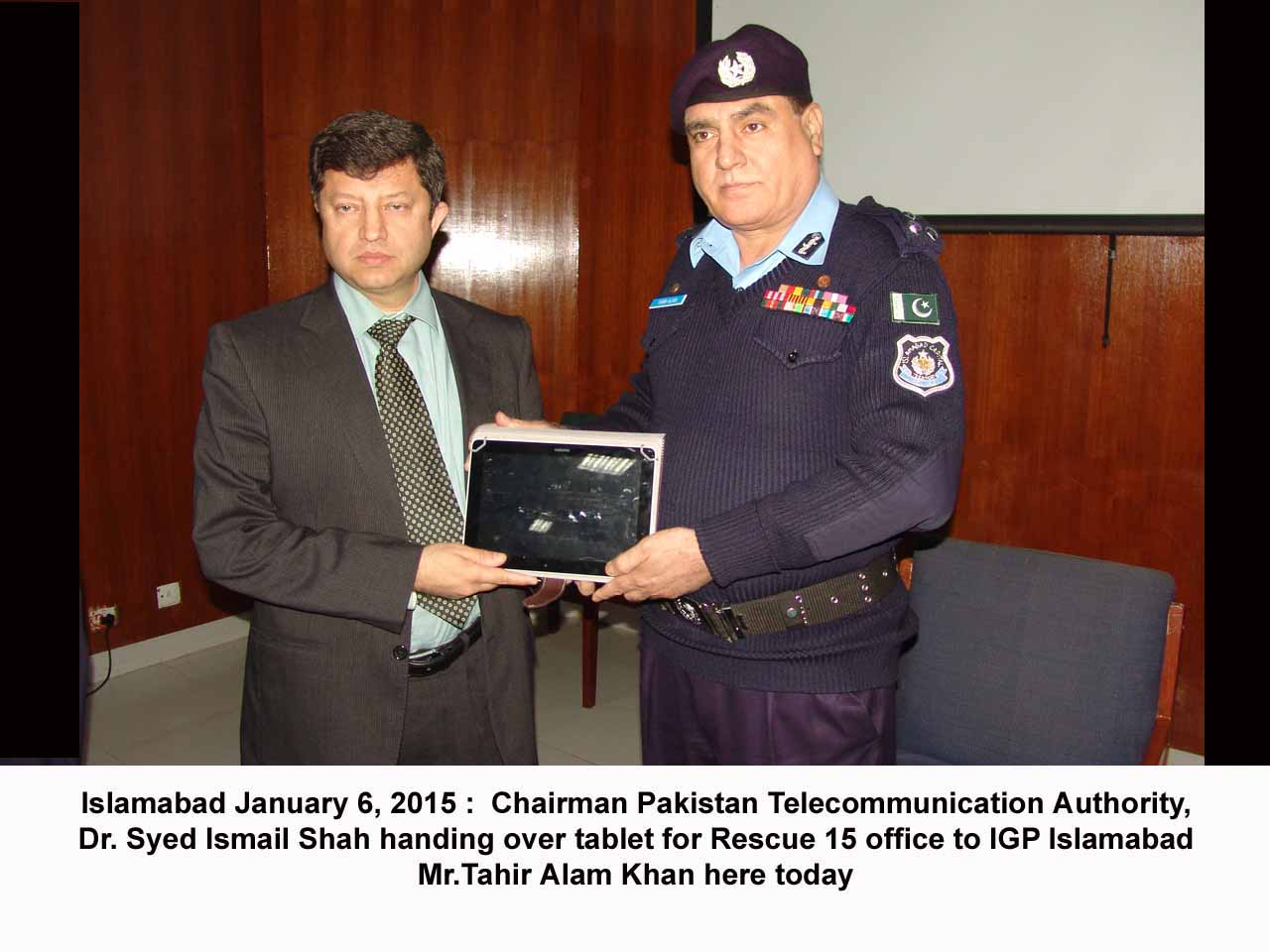 Pakistan Telecommunication Authority (PTA) in collaboration with Islamabad Police and mobile application developer Pure Push has developed Mobile Emergency Alert System for Schools (MEASS) to ensure effective security of schools and hospitals situated in Islamabad Capital Territory (ICT). In this regard a training session for police officers including SPs, DSPs, SDPOs and SHOs was held at Police lines Islamabad which was attended by Chairman PTA, Dr. Syed Ismail Shah, IGP Islamabad Tahir Alam Khan and AIG Islamabad Sultan Azam Temuri.
Number of technical sessions were held between Chairman PTA, AIG(ICT Police) and the Pure Push to finalize the details of the project. Resultantly, the new application has been developed and tested for effective response.
Through this project, the access of Android based smartphone application will be given to the administrative staff at different schools, colleges, universities and hospitals in the Capital city who will be able to send emergency alerts to get timely help from the Police. Islamabad Police will have direct control over the system and will ensure better use of latest technology in managing such matters.
Pure Push has provided twenty smart phones, one each, for police stations in Islamabad area and one tablet for Rescue 15 office and SIMs have been provided by Zong mobile which would be used to disseminate timely information to the educational institutions. These gadgets were handed over to police officials at the end of the training session.
It may be mentioned that, this system has been developed in record time with no cost and is based on the existing mobile infrastructure. The triggers can be activated in situations like armed attack by terrorist, bomb blast, kidnapping, fire, and other suspicious activities.

2015-01-06
Previous Post: Samsung’s Latest and First ever full metal body Smartphone.
Next Post: The Next Generation of Computing Has Arrived