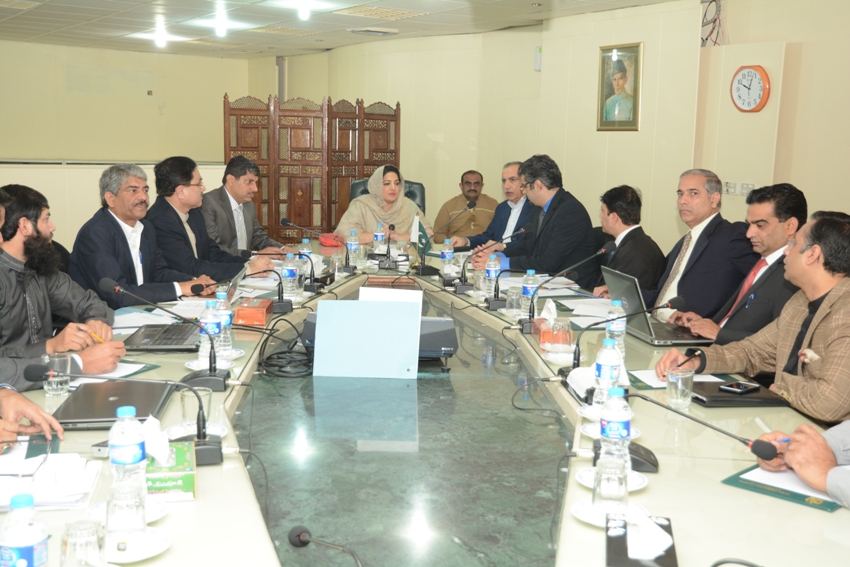 Moit review the progress made, so far, to roll-out the e-Office application

Ms. Anusha Rahman, Minister of State for IT chaired a meeting  at the Conference Room of Ministry of Information Technology. The agenda of the meeting was to review the progress made, so far, to roll-out the e-Office application to the Federal Ministries/Divisions. Secretary (IT), Mr. Azmat Ali Ranjha, Member (Telecom), Executive Director (NITB), Chairman, (NTC), Executive Director (FAB), and other officials from PTA, MoIT and NITB attended the meeting.

The Minister stated that Ministry of Information Technology  is in the process of implementation of    e-Government system in the country through the implementation of common E-Government System  named “e-office Suite” for the automation of core businesses of the government to ensure efficiency, accuracy, effectiveness and good governance, transparency and accountability in decision making and delivery of efficient and cost-effective services . The main purpose of the e-office replication module is to promote less paper/digital Government. This e-government system is one of the key initiative as promised in The manifesto of Pakistan Muslim League (N) for better governance through electronic (e) means.

The ED NITB updated on the roll of e-office suite and said that the roll out of e-office  suit is in progress at nine (09) Federal Ministries/Divisions which includes Prime Minister Office, National Assembly Secretariat, Finance Division, Planning Commission, Science & Technology, Information Technology, Cabinet, Establishment and Economic Affairs Division and subsequently, it will be implemented in other  Federal Ministries/Divisions in a phased manner. A multi-Ministry, single instance application has been developed and installed at the Central repository. E-government fiber-optic based dedicated and secure intranet has been established for the e-communication amongst the Federal Government and its ministries/Divisions. It was further explained that NITB has trained more than 1400 Federal Government employees on the said e-government system and rest of employees will be trained in phased manner.

In the end, it was also instructed by the Minister that the e-Office implementation process must be expedited and in this regard necessary steps should be taken on high priority basis.