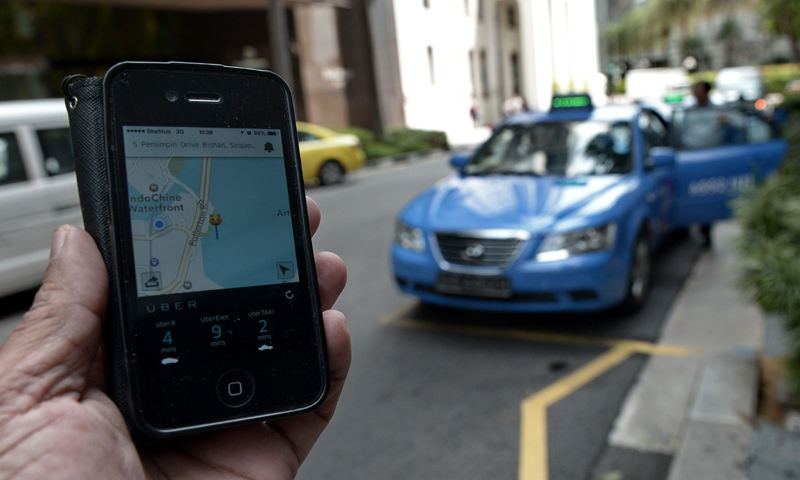 Southeast Asia’s notorious taxi market is undergoing a shakeout as Uber and home-grown mobile booking applications gain popularity in a region that has long endured inefficient cartels and price-gouging drivers.

San Francisco-based Uber, which allows customers to hail taxis or private vehicles via smartphones and pay with a credit card, is expanding rapidly in the region while fending off legal and regulatory challenges in various markets across the world.

Founded in 2009 and backed by Google Ventures, the investment arm of the Internet giant, Uber now operates in Malaysia, Indonesia, Thailand, the Philippines and Vietnam after first entering Southeast Asia in Singapore last year.

The firm, whose valuation was placed at $18.2 billion after an investment drive in June, employs smartphone and satellite technology to match taxi supply and demand.

In Singapore, locals grumbled in pre-Uber days about vanishing taxis during peak periods, with cabbies refusing to pick up roadside passengers while waiting to earn extra fees from reservations made via antiquated phone-in booking systems.

In some cities, it was not uncommon for cabbies to demand exorbitant fares before taking passengers at peak periods, during heavy rain and floods, or at times of day when taxis are scarce.

Uber executives say they welcome competition and are more than ready to go head to head with the likes of Malaysia-based GrabTaxi, Indonesia’s Blue Bird, and Easy Taxi, a regional player backed by German startup incubator Rocket Internet.

“What makes Uber bristle is when special interests try to protect monopolies and keep new entrants and new competitors out,” said Brown, who is based in Singapore.