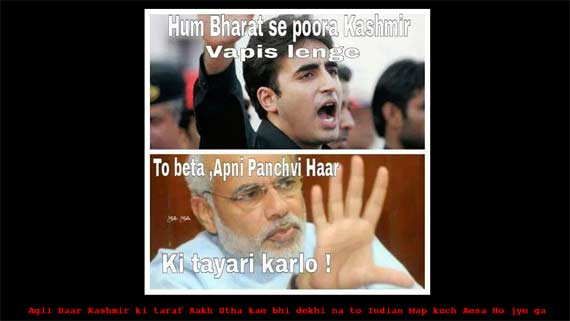 Indian and Pakistani army forces continued to exchange fire along the Line of Control (LoC) in Jammu and Kashmir, which was started when Pakistan’s military fired machine guns and mortars at about 60 Indian army posts during last week.

Tensions between the two countries have intensified since Bilawal Bhutto Zardari, the only son of former Pakistani President Asif Ali Zardari and former Prime Minister Benazir Bhutto, made a statement that hisPakistan People’s Party (PPP) would take back entire Kashmir from India. However, the Indian political party described his statement as “childish” and “irresponsible.”

Different reactions came from different people out there from India for the chairman of Pakistan People’s Party and Central Executive Committee Bilawal Bhutto, but Hackers have their own way of expressing their part.

Bilawal Bhutto said that he would not leave an inch of Kashmir with India. On his statement an Indian Hacker defaced the official website of Pakistan People’s Party. It was Black Dragon as shown on website. The home page of the website has been replaced with the defacement page showing Indian Tricolor Flag with the Indian Anthem as the background music

Without any violence let me tell you that Pakistan will never Get Kashmir. This is the Truth. You Have to Accept it 🙂

Hackers made a spoof of with three images, one featuring Comedian Kapil Sharma and also PM Narendra Modi. Team of ‘Black Dragon’ have also played with the geographical aspects by showing Pakistan as part of India, with saffron colour over it, along with a warning message in Hindi, “Agli Baar Kashmir ki taraf Aakh Utha kae bhi dekhi na to Indian Map kuch Aesa Ho jye ga”.

The site also carried a link to an audio message.

Bilawal’s latest tweet on India has backfired, it says, “Another attack on LOC. seems India adopting Israle model vs Pakistan.Modi must realize we can retaliate unlike his victims from Gujarat.”

Either way, Bilawal is fastly becoming a web sensation in India for all wrong reasons. Bilawal has donned the hat of a politician after the demise of her mother but his journey till now has not been inspiring. 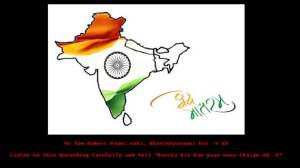 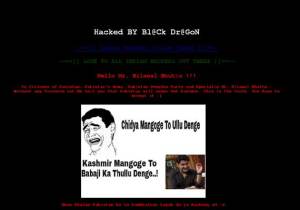 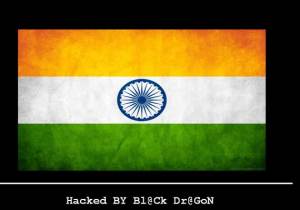