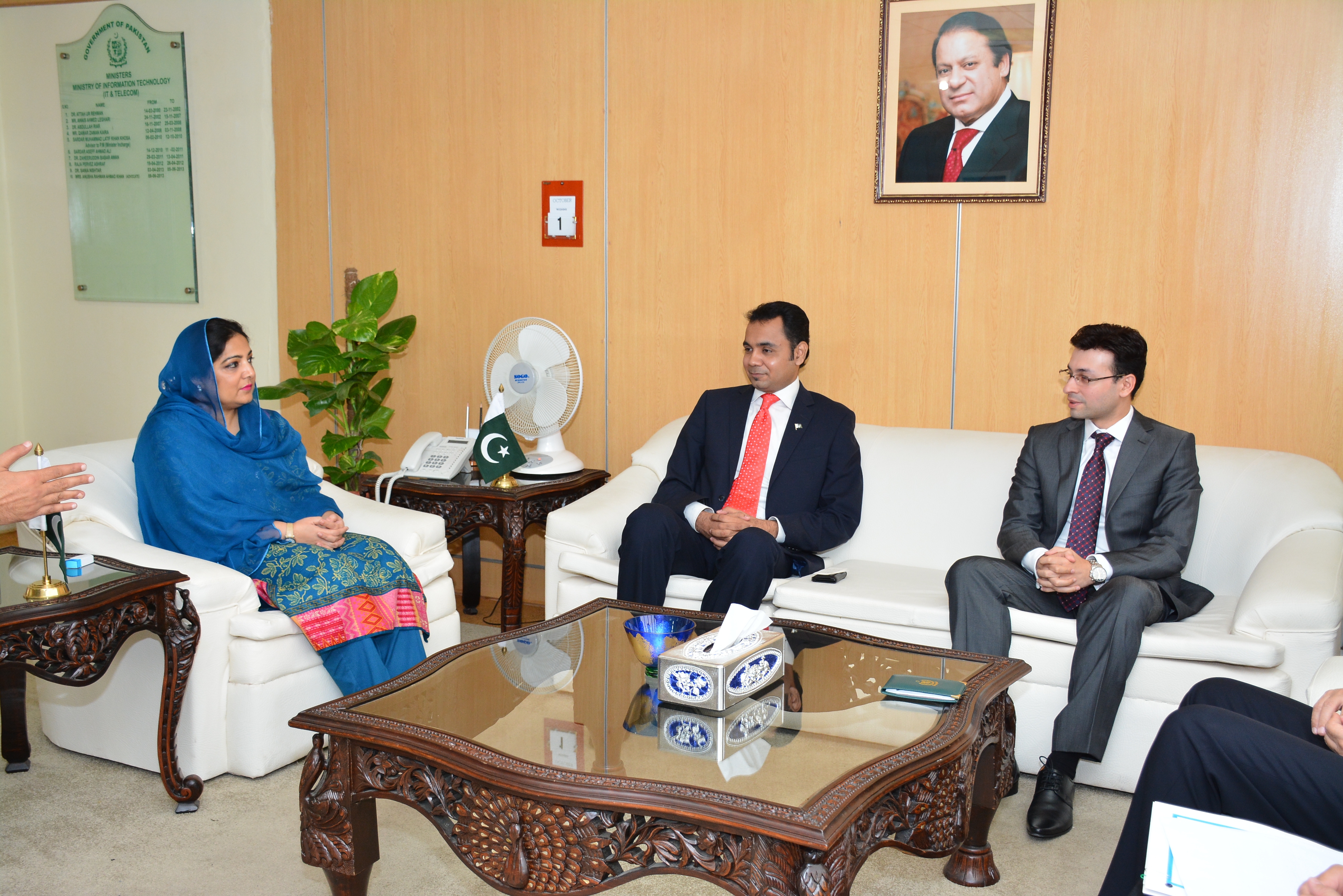 A three member delegation of Qatar based telecom companies led by Mr.Wasim Ahmad CEO, Wi-tribe called on the Minister of State for IT Mrs. Anusha Rahman in her office today. Federal Secretary IT Mr. Azmat Ali Rangha, Chairman PTA, Dr. Syed Ismail Shah were also present in the meeting.

The delegation apprised the Minister regarding the business experiences of their companies  in Pakistan and informed  that Qatar based  telecom companies are keenly looking at Pakistan’s ICT sector for their investment  as  Pakistan has become a potential market after inception of 3G/4G and. We are also waiting eagerly for the moment, when Pakistan would announce auction of the remaining spectrum of 4G, so that Qatar based telecom companies could participate in the bid for further expansion of their businesses in drastically growing ICT market of Pakistan.

The Minister said that we are planning to hold next auction of the remaining two spectrum licenses before middle of next year and it is a good sign that Qatar based telecom companies are expressing their interest for investment in Pakistan’s ICT sector and such gestures will further  foster  the fraternal relations between the two countries.

Anusha Rahman further said that China mobile is going to launch 4G services in Islamabad today. 4G licenses were awarded to them only 3 months ago and due to exceptional performance of China mobiles their subscribers are touching one million. This reflects immense demand for 4G in Pakistan speaks volume of the growing tendency of ICT sector in Pakistan.

The Minister stated that the present government is committed to continue its investment friendly policies especially towards foreign investors to achieve optimum growth in ICT so that this sector could become a regional hub in south Asia in near future.